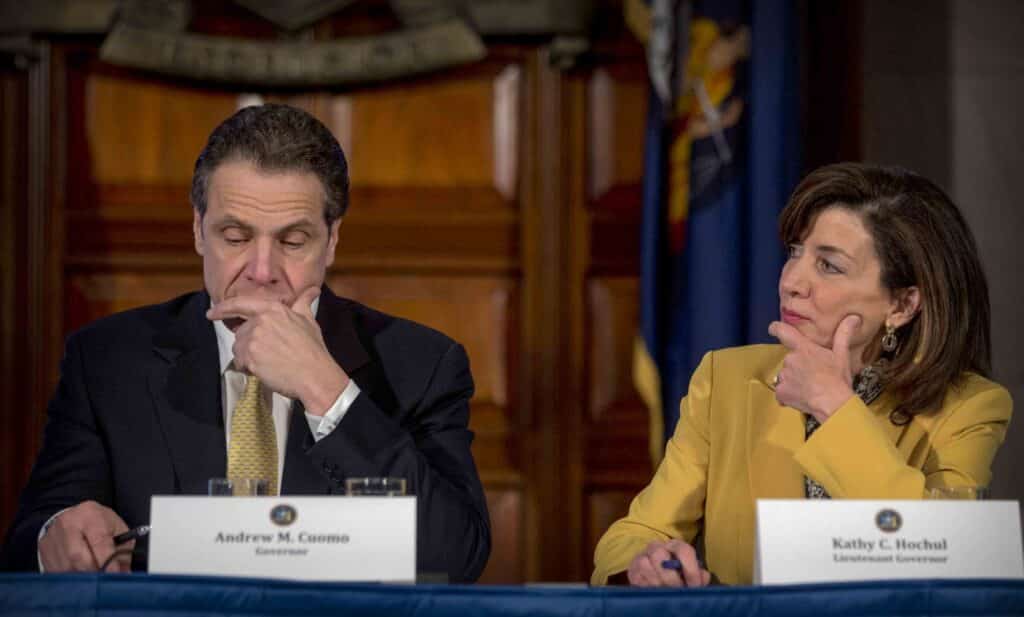 What’s the news of the day? As everyone knows now …

New York’s scandal-ridden Gov. Andrew Cuomo has resigned, caving to the pressure after a bombshell report accused him of sexually assaulting 11 women, as well as murdering people’s grandparents in elderly homes.

Lt. Governor Kathy Hochul will become the first female governor in New York State history. She released a statement saying she agrees with Governor Cuomo’s decision to step down. She added that it’s the right thing to do and in the best interest of New Yorkers.

Read More at This Watered-Down Report!

Hochul is strong on her ‘Pro-Choice’ and ‘Gun Control’ stances, so who knows if New York will be any better?