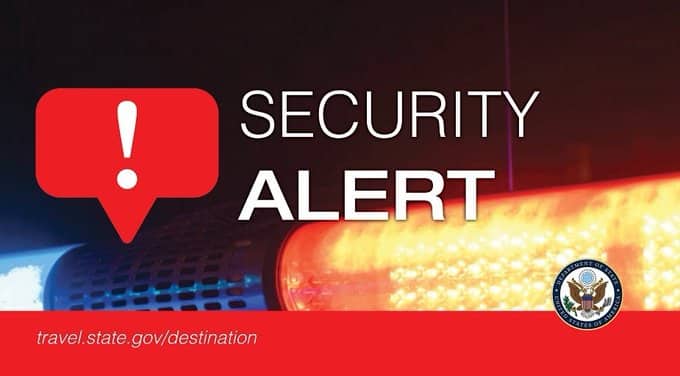 The U.S. State Department early Friday urged U.S. citizens to “depart Iraq immediately,” due to heightened tensions in the region. The announcement was made after the U.S. killed Iran’s top general in a military strike authorized by President Trump.


#Iraq: Due to heightened tensions in Iraq and the region, we urge U.S. citizens to depart Iraq immediately. Due to Iranian-backed militia attacks at the U.S. Embassy compound, all consular operations are suspended. U.S. citizens should not approach the Embassy. pic.twitter.com/rdRce3Qr4a

Iran’s Supreme Leader Ayatollah Ali Khamenei on Friday warned that a “harsh retaliation is waiting” for the U.S. after an airstrike on an airport in Baghdad killed Iranian Gen. Qassem Soleimani, the head of Iran’s elite Quds Force.

The Pentagon confirmed that President Trump ordered the attack that killed Soleimani, a military mastermind whom Secretary of State Mike Pompeo had deemed equally as dangerous as ISIS leader Abu Bakr al-Baghdadi, who killed himself in October during a U.S. raid on a compound in northwest Syria. Khamenei declared three days of public mourning for the general’s death.