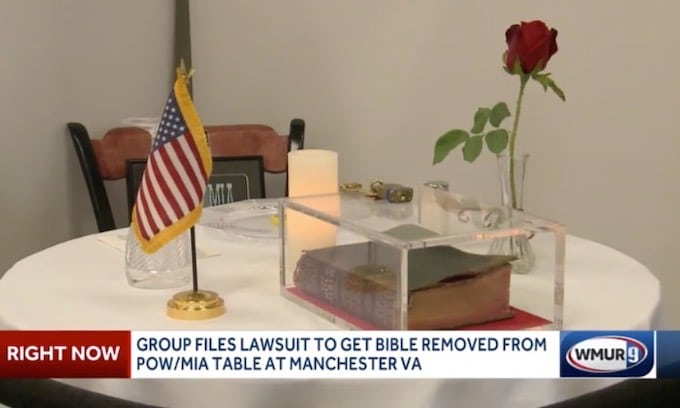 A group of veterans in New Hampshire has filed a lawsuit to remove a Bible on display in the lobby of a VA hospital in the state’s largest city, Manchester.

The Bible, which is bolted inside a Plexiglas case, decorates a POW/MIA memorial table at the Manchester VA Medical Center. It belonged to a POW from World War II, and honors the men and women who made the ultimate sacrifice for their country, the Bible’s supporters say.

But the Military Religious Freedom Foundation, a group of religiously diverse veterans, objects to the placement of the sacred text in a public building, arguing that it amounts an establishment of religion by the government in violation of the First Amendment.