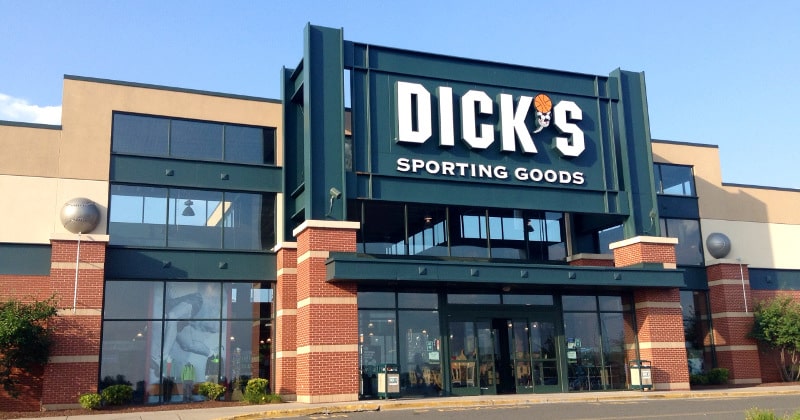 At the time, Dick’s was a major seller of firearms. Guns also drove the sale of soft goods—boots, hats, jackets. What’s more, Stack, the retailer’s chief executive officer, suspected the position could drive off some of his customers on political principle.

He was right. Dick’s estimates the policy change cost the company about $150 million in lost sales, an amount equivalent to 1.7 percent of annual revenue.

… so now you’re probably asking what the heck does this have to do with Demoncratic Contender, Kamala Harris? Well, she’s calling for VERY STRICT GUN CONTROL.

“Upon being elected, I will give the United States Congress 100 days to get their act together and have the courage to pass reasonable gun safety laws, and if they fail to do it, then I will take executive action,”

This is not the will of The American People neither was it for Our Founding Fathers. The Deplorables who are the SILENT MAJORITY WOULD BE SILENT NO MORE!!! Of course, we have nothing to worry about because look how large President Trumps fanbase is. They need illegal aliens as well as to cheat in every other way just to come close to winning! 😀 😀 😀

Never let your guard down though. It’s wise to know your enemy. Just because Deplorables are winning now, doesn’t mean it’s not possible for a Demoncrat to win power again in the future! As a matter of fact, at least after 2024 it is almost guaranteed (at sometime) … and that will be the end to this GREAT nation! IT IS WRITTEN!

Use this grace period to wake people up to the truth and ultimately to lead them to THE TRUTH JESUS CHRIST!