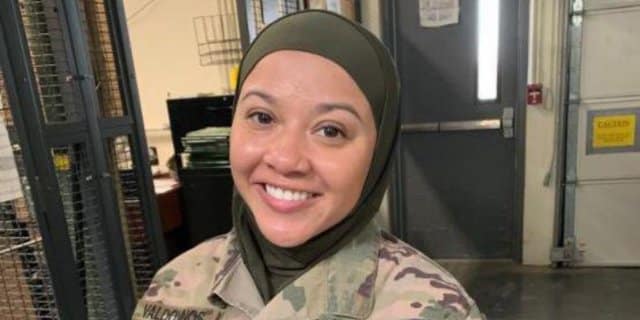 Army Sgt. Cesilia Valdovinos filed a complaint after her command sergeant major accused her of not following hair regulations and ordered her to remove her hijab.

A Muslim soldier is preparing to sue the US Army over allegations that her command sergeant major forced her to remove her hijab.

Spc. Cecilia Valdovinos — a soldier with the 704th Brigade Support Battalion, 2nd Infantry Brigade Combat Team, 4th Infantry Division who converted to Islam in 2016 — was granted permission to wear her hijab while in uniform by her brigade commander, Col. David Zinn in June 2018.

But she told Yahoo News it was quickly met with “‘extremely hateful’ behavior.”