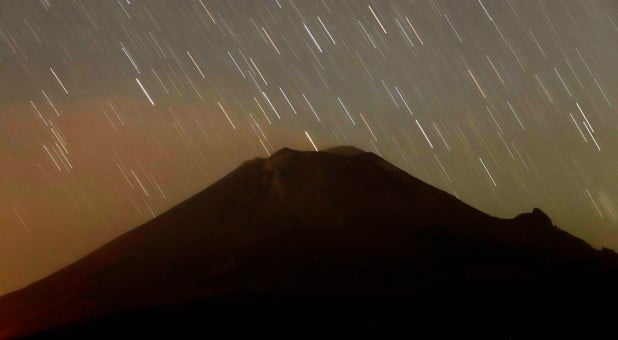 The most dangerous volcano in Mexico just erupted 200 times in a 24-hour period, but there has been an almost total blackout about this in the U.S. media. Authorities are saying that the odds of more volcanic activity at Mt. Popocatepetl are “immediate to high,” and if a full-blown Plinian eruption were to occur, it would be the worst natural disaster in the modern history of North America.

According to a British news source, a level three yellow alert was put into effect after “200 eruptions were recorded in just 24 hours”:

Popocatepetl volcano, just 35 miles from Mexico City and 20 miles from Puebla sent ash and plumes of smoke more than 1.5 miles high. Mexico’s National Centre for Disaster Prevention (CENAPRED) has warned people to keep away from Popocatepetl after 200 eruptions were recorded in just 24 hours. A level three yellow alert has been issued meaning the chance of volcanic activity is immediate to high.