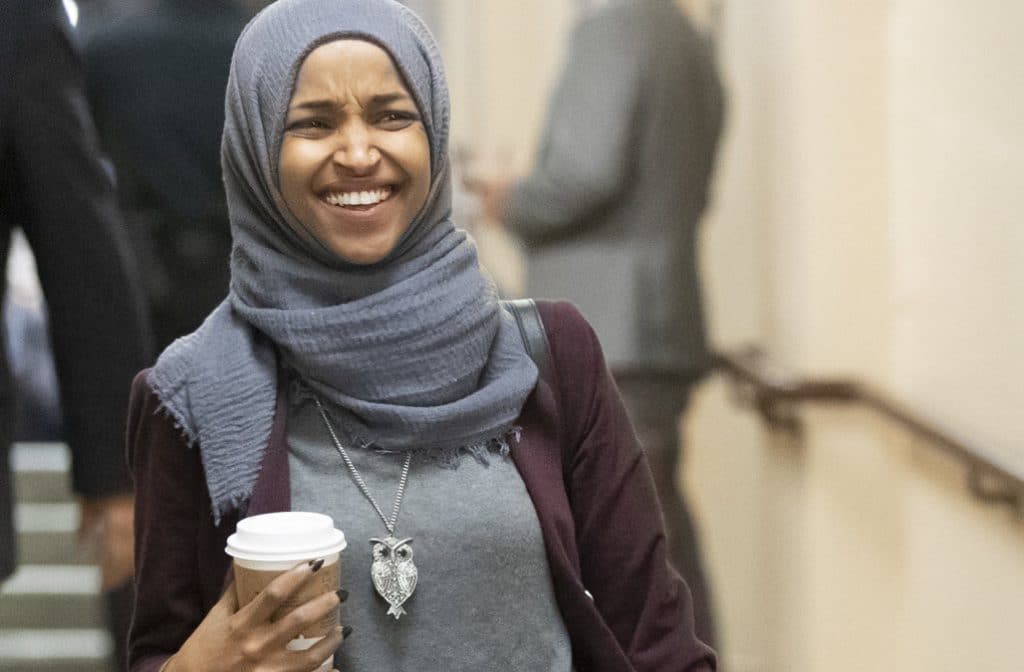 This is what “they” do. They enter our country, don’t assymilate and change our laws so they can USE THEM AGAINST US LATER! Sharia Law is entirely UNCONSTITUTIONAL therefore NO MUSLIM should be in Our U.S. Government; no place for them here! period.

Another very disturbing issue here is “Who defines HATE?” … Will the definition get changed at a later date?

… Here’s The News as reported by Intercessors for America:

The House on Thursday overwhelmingly approved a broad resolution condemning hate in all forms, a response to a freshman Democrat’s remarks that were seen as anti-Semitic, but the move also exposes the rift that is roiling Democratic leadership as it struggles to find common ground with its newly emboldened progressive wing.

At issue were comments from Rep. Ilhan Omar (D., Minn.), who last week spoke of people who “push for allegiance to a foreign country,” which many listeners viewed as referring to Israel.

The resolution—which passed 407-23, with Rep. Steve King (R., Iowa) voting “present”—denounced hate and bigotry in all forms, including anti-Semitism, Islamophobia and white nationalism. While it doesn’t directly mention Ms. Omar, who is a Muslim, it springs from a debate between leadership and members that flared after Ms. Omar’s comments on Jews and Israel.

The resolution had initially been drafted to condemn anti-Semitism, but following a tense closed-door meeting of Democrats on Wednesday, language condemning anti-Muslim bias was added at the request of lawmakers in the party’s progressive wing who said Ms. Omar had been unfairly singled out, underscoring the debate taking place within the Democratic caucus. . . .