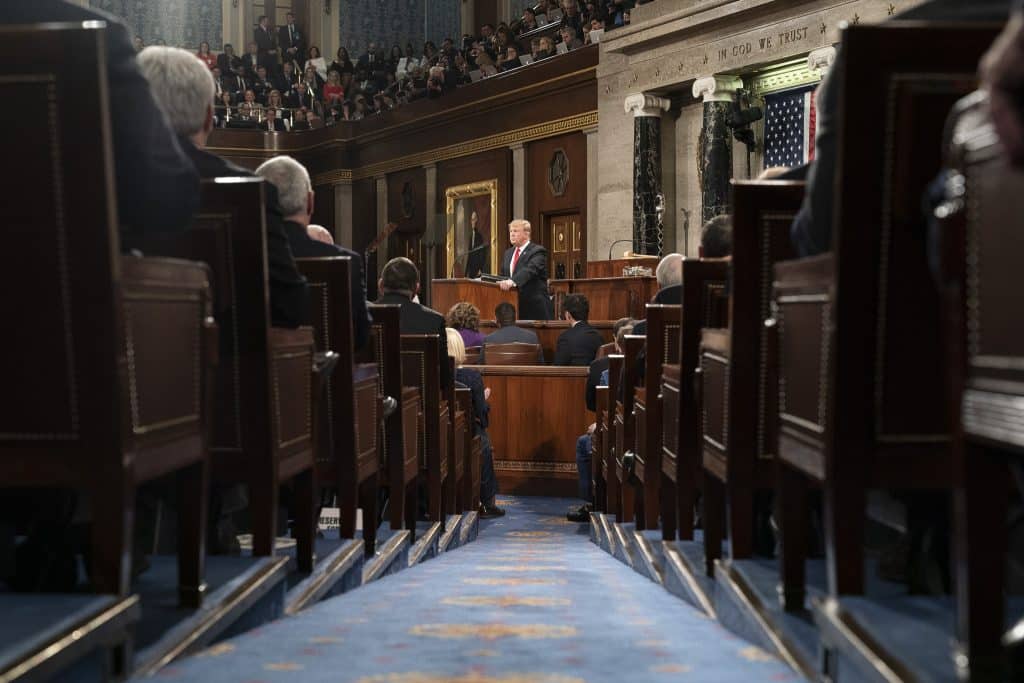 The President Has Asked Us To “Choose Greatness”

Last night, President Donald J. Trump previewed the next chapter of his presidency.

“The agenda I will lay out this evening is not a Republican agenda or a Democrat agenda,” the President told Congress as he opened his second State of the Union address. “It’s the agenda of the American people.” What unites most of our citizens isn’t political party—it’s complete awe and frustration at Washington’s decades of dysfunction.

Americans watching at home agreed. Three-quarters of them approved of the President’s speech, according to a CBS News poll conducted last night. Even more revealing, a full 82 percent of independents endorsed President Trump’s message.

That makes the choice clear for our leaders in Congress and across government: Voters will reward results over resistance. Compromise can rebuild trust in a broken system. Pointless destruction and gridlock won’t—and both come with a steep political price.

Choosing greatness is a vision that can break decades of political stalemate. It’s an agenda that all Americans, Republican or Democrat, can get behind: