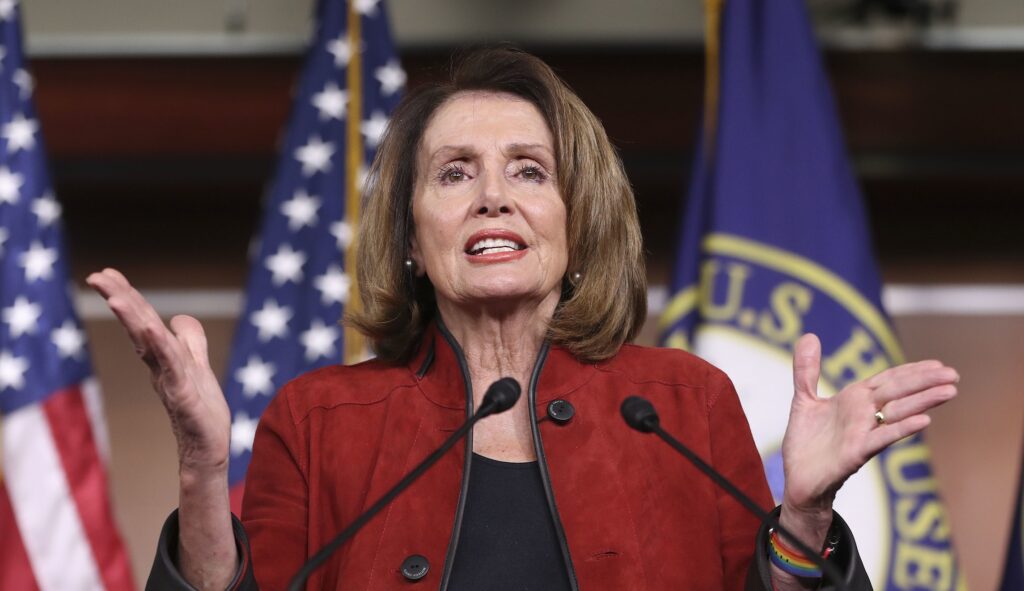 Who Wants Term Limits on Pelosi? President Trump Shuts Her Down In Recent Open Letter

There has been a heated public debate going back & forth between Speaker Nancy Pelosi and President Trump. We, along with the majority of the American population has HAD IT WITH PELOSI! She’s acting like that’s her house when it’s The People’s House! We are about to kick her out … here’s the latest letter from President Donald J Trump to Speaker Pelosi.

We have a feeling it MAY not be the last …

The Honorable Nancy Pelosi
Speaker of the House of Representatives
Washington, D.C. 20515

Thank you for your letter of January 3, 2019, sent to me long after the Shutdown began, inviting me to address the Nation on January 29th as to the State of the Union. As you know, I had already accepted your kind invitation, however, I then received another letter from you dated January 16, 2019, wherein you expressed concerns regarding security during the State of the Union Address due to the Shutdown. Even prior to asking, I was contacted by the Department of Homeland Security and the United States Secret Service to explain that there would be absolutely no problem regarding security with respect to the event. They have since confirmed this publicly.

I look forward to seeing you on the evening on January 29th in the Chamber of the House of Representatives. It would be so very sad for our Country if the State of the Union were not delivered on time, on schedule, and very importantly, on location!