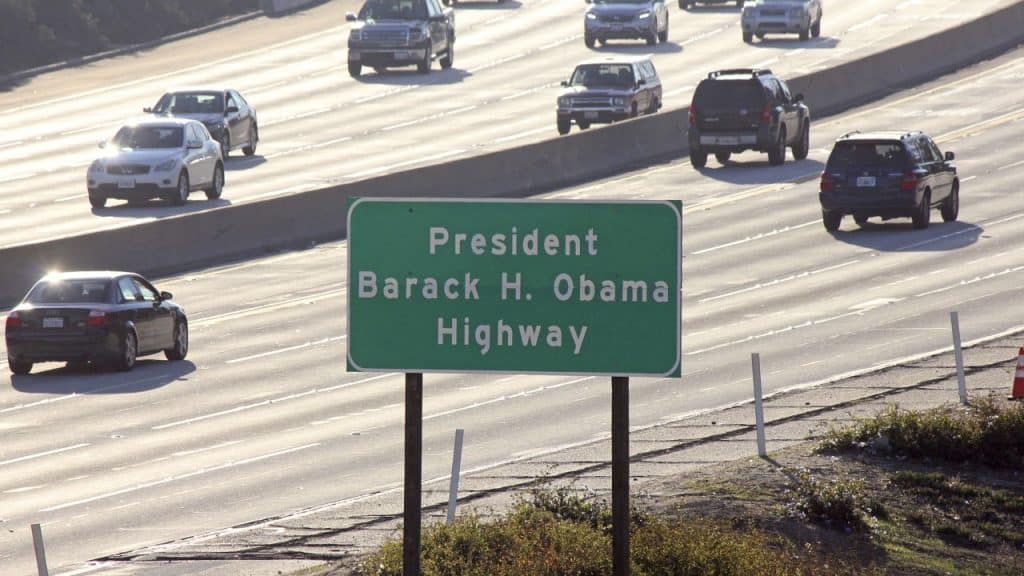 We all know Barack Hussein Obama is if not “the” at least “an” Antichrist.

Now its reported by abc15.com that Liberal Cali has opened up a highway to honor the antichrist himself!

LOS ANGELES (AP) — Signs have gone up naming a section of a Los Angeles-area freeway as the President Barack H. Obama Highway.

The signs posted Thursday on State Route 134 apply to a stretch running from State Route 2 in Glendale, through the Eagle Rock section of Los Angeles to Interstate 210 in Pasadena.

The former president attended Occidental College in Eagle Rock from 1979 to 1981 and lived in Pasadena.

The designation was authorized in 2017 when the Legislature signed off on a resolution introduced by state Sen. Anthony J. Portantino, a Democrat whose district includes the area.