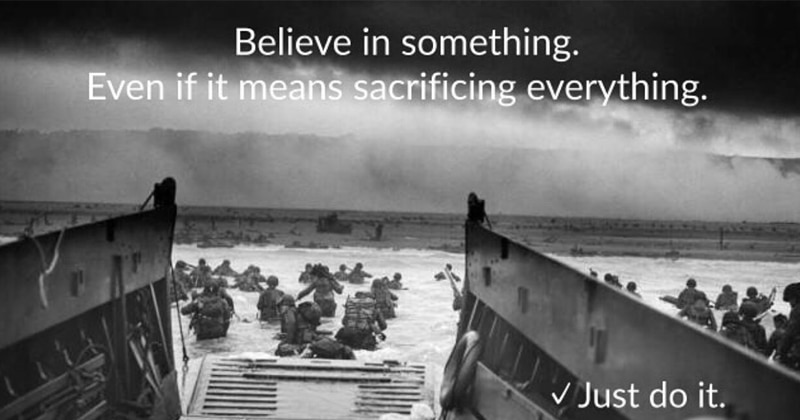 BREAKING: Could This Be The End of Nike? … or The Beginning?

Several memes pointed to Nike’s tagline, noting that U.S. soldiers sacrificed much more for their beliefs and America than a leftist millionaire football player who kneels during the National Anthem.

Regardless of the short-term pain, Nike with its multi-billion $$$s is likely to overcome this challenge and actually come out on top with success of its OWN IN THE TRUMP ERA! YEA THANK TRUMP OR THANK A SOLDIER BETTER YET! 😉