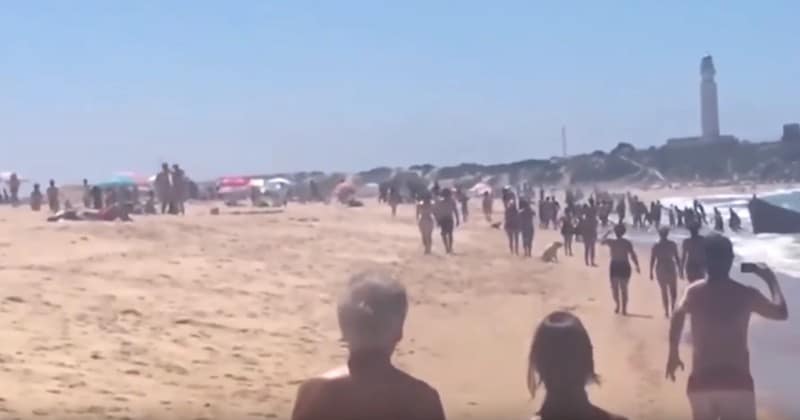 Alarmed sunbathers look on in disbelief

An alarming new video out of Cádiz, Spain shows a boat load of migrants arriving on a beach before swarming onshore as sunbathers look on in shock.

The clip shows a boat arriving on the beach before around two dozen migrants leap off and immediately head for the town.

People in the comments of the video on YouTube noted that the “refugees” were virtually all men and looked to be in good health.

This is the startling new reality of the migrant crisis, which has centered on Spain since the country’s new socialist government rolled out the red carpet for predominantly African migrants arriving from Libya.