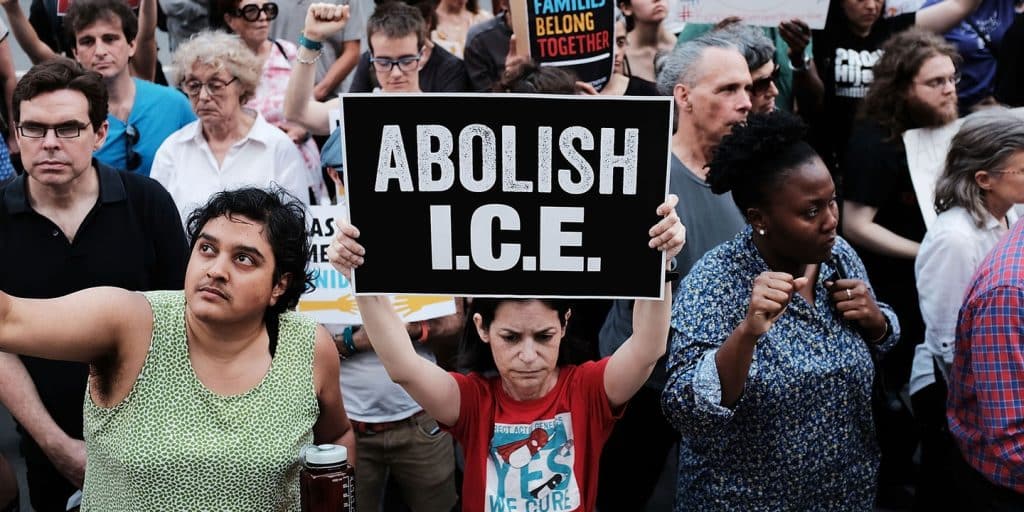 The Left Is Calling For The Abolishment Of ICE


“What will happen when word gets out that nobody in any country on the globe has anything to fear from our immigration authorities?” —Tucker Carlson

Conservative Corps via Brigade has reported:

Vandals threw a brick through the front office window of the Nebraska Republican Party Headquarters in Lincoln, Nebraska, and spray-painted “ABOLISH ICE” on the ground outside. This comes on the heels of several other politically-motivated acts of violence across the country, including antifa riots and a police officer near the White House who was assaulted by a left-wing immigration protester. Making matters worse, Rep. Maxine Waters (D-CA) recently encouraged people to “surround” and “push back on” Trump Cabinet officials in public.

The reason why some on the extreme left are resorting to violence and harassment is because they have failed to win at the ballot box, but what they don’t understand is that everytime they throw a brick through a storefront, or burn someone’s car, or assault a police officer, they actually strengthen the resolve of those they are attempting to tear down. These actions are not only an affront to conservatives, but to decent people everywhere who believe the best way to resolve our differences is through words, not violent acts.