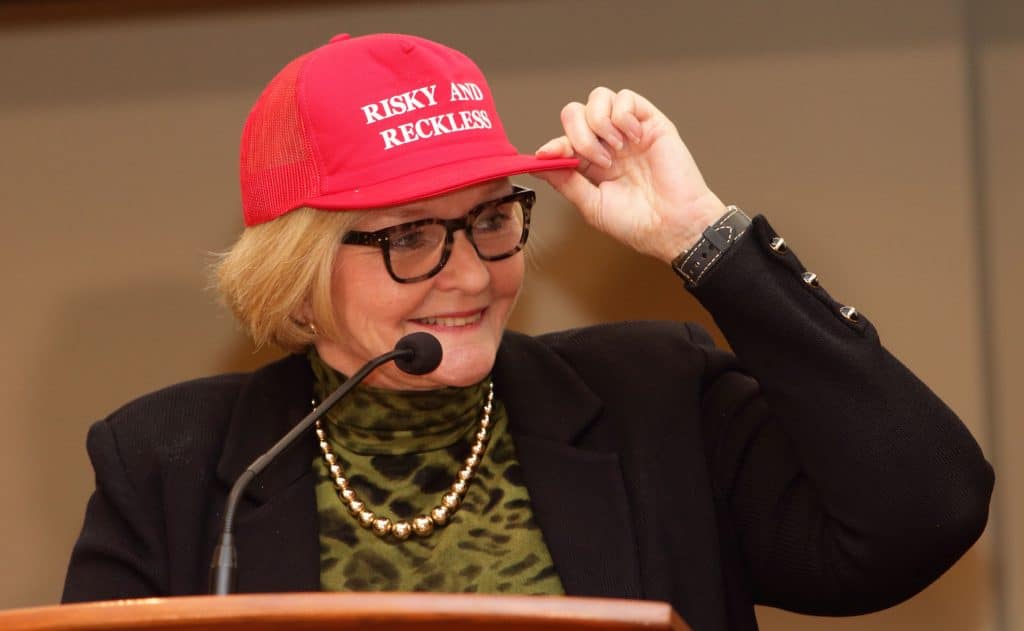 Senator Claire McCaskill presents herself as a moderate. She pays lip service to ideas like bipartisanship and compromise, and supposedly embraces tough questions. But McCaskill recently proved she is an incorrigible extremist, and she should be worried about the political consequences in this crucial election year.

Last week the U.S. Senate had a chance to put an end to a practice so barbaric, most Americans are shocked to find out it’s legal. The Pain-Capable Unborn Child Protection Act or “Micah’s Law” would protect unborn children from late-term abortion after five months of pregnancy, a point by which science shows they can feel pain. It would save 12,000 to 18,000 lives each year.

The cruelty of abortions after five months can hardly be overstated. WebMD tells us the developing baby’s “eyelids, eyebrows, eyelashes, nails, and hair are formed…Your baby can even suck his or her thumb, yawn, stretch, and make faces.” Doctors perform astounding surgeries right in the womb, using anesthesia as standard procedure. Preemies born at this age increasingly have a fighting chance of surviving and thriving with proper care. Just ask the family of Micah Pickering, who once was a sickly baby battling for life in intensive care and now is a healthy, happy little boy.

One innovative study just published showed that five-month-old unborn babies kick with 6.5 pounds of force. But abortionists describe a different force — the force it takes to tear them apart in the womb with surgical implements. In the words of one former Planned Parenthood medical director, “Oh, I have to hit the gym for this!” Sometimes, she explains, the abortion doesn’t kill them and she has to “worry about my staff and people’s feelings about it coming out looking like a baby.”

No wonder only seven nations in the world — including North Korea and China, two of the most notorious human rights violators — allow abortion on demand this late in pregnancy. The United States with its permissive laws falls in this shameful minority. Thankfully, 20 states have already enacted versions of this bill, and momentum is growing.

We hope Missouri itself will be next to pass its own Pain-Capable Unborn Child Protection Act, H.B. 1266, which has just been introduced and received a public hearing before the Committee on Children and Families, including powerful testimony from a doctor whose experience doing abortions led her to become pro-life.

This is welcome change, but since the U.S. Senate failed to pass the bill, different states still have totally different standards on basic human decency. We need national legislation to protect these vulnerable children.

Doing what’s right and doing what’s popular don’t always coincide as easily as they do in this case. Sixty percent of Missouri voters support the Pain-Capable Unborn Child Protection Act and 56 percent said they would be less likely to support Senator McCaskill if she voted to allow late-term abortion. Voter support for the legislation is especially high among millennials (78 percent), African-Americans (70 percent), and Hispanics (57 percent). Several national polls have even found that as many as 51 percent of Democrats support limiting abortion after five months.

McCaskill blew her chance. She deliberately chose to go against the will of her constituents and align herself with the most extreme special interest group of all, the abortion lobby. The more voters learn about her record, the more they see through the charade of moderation. McCaskill is dramatically out of step with Missouri values and her days in office are numbered.

Rep. Donna Lichtenegger (R-146) represents portions of Cape Girardeau County in the Missouri House of Representatives. She is the sponsor of H.B. 1266, the Pain-Capable Unborn Child Protection Act. Marjorie Dannenfelser is the president of the national pro-life group Susan B. Anthony List.