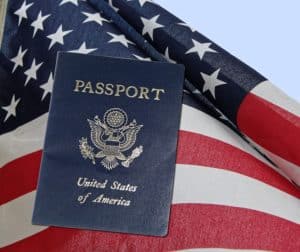 Return To Order: The Real Issues Underlying the Dreamer Debate

The Real Issues Underlying the Dreamer DebateThe problem with the “dreamer” debate is that it has little to do with children or their dreams.

Most of the “dreamer children” are now adults. On average, the 800,000 recipients of the Deferred Action for Childhood Arrivals (DACA) program who entered America illegally as minors—alone, or brought by parents or relatives—are about 24-years-old today. Their dreams are also nothing unique or special. They consist of a path toward U.S. citizenship, a goal shared by millions worldwide.

Put succinctly, the only difference between “dreamers” and the millions of other minors who entered America illegally over the last half-century is a bureaucratic one: At some point within the last five or so years “dreamers” filed a DACA application.

Forgotten Considerations
This lackluster distinction notwithstanding, the DACA rescission debate has been framed in the imagination of many Americans as a highly emotional narrative. It evokes images of Elian Gonzalez-like children being torn at gunpoint from the arms of sorrowing relatives; aspiring high school and college students removed from dorms and classrooms; enterprising youngsters removed from jobs where they are esteemed by their co-workers. Supposedly, they are now to be deported by heartless ICE agents to a home country they barely knew and where they now lack roots and the loving support of family and friends.

While dishonest, this framing of the narrative is powerfully effective. An ocean of emotions drowns out anyone trying to focus attention on the tortured issue’s important elements. The organized crime role of “coyotes” and enablers who helped “dreamers” enter America illegally goes unaddressed. Forgotten is the fact that the parents of “dreamers” are just as likely to be undocumented, so families need not be broken up but can stay together as they return to their home country. The same goes for the unfairness, nay the injustice, in rewarding the dreamer parents’ scofflaw entry into the country, their cutting in line ahead of the millions of others who respect and obey the country’s sovereignty and immigration laws. Likewise, the anarchical behavior of President Obama himself who admitted he had no authority to implement a DACA-like executive measure granting administrative amnesty, and then did it.