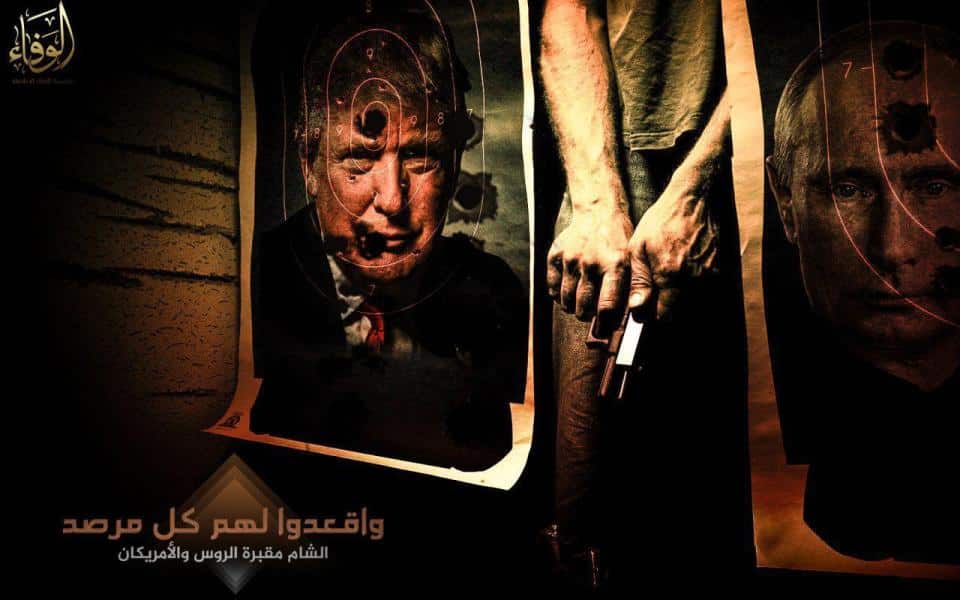 ISIS Has Just Threatened The Lives of President Trump and Putin

Just 2-weeks after they claimed the lives of 59 and injured hundreds more at a country festival in Las Vegas, ISIS has just threatened to assassinate Donald Trump and Vladimir Putin in a chilling new propaganda message!

Images of the world super power leaders were riddled with bullets in a stark message to the world.

The photographs were shared through pro-ISIS channels, along with the message to conduct deadly attacks on the US and Russia.

According to Newsweek, the Quran text, manipulated by the jihadi group, read: “Lie in wait for them at every chance to ambush.

“The Levant is the graveyard of the Russians and Americans.”

It also claimed that the group would overcome its enemies on the battlefield.

Read Full Story at The Sun!