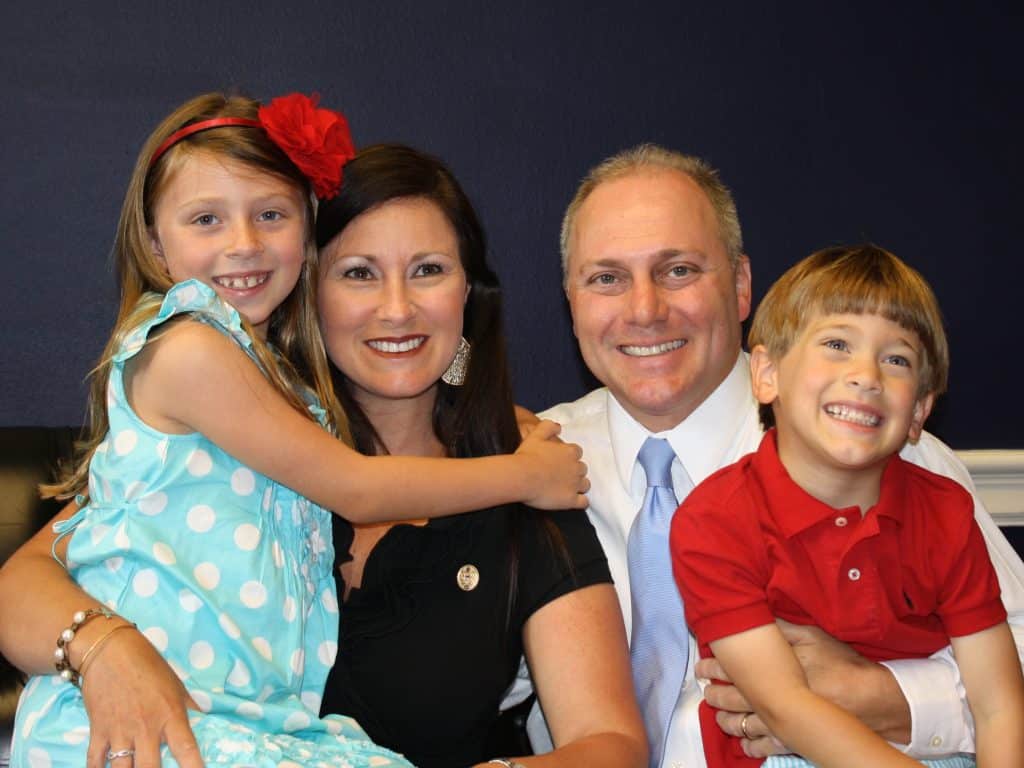 “The Medal of Valor is the highest national award a public safety officer can receive, and is given to those who have exhibited exceptional courage, regardless of personal safety, to save or protect human life. I cannot think of a group of individuals more deserving of this award than Special Agents David Bailey, Crystal Griner, and Officers Nicole Battaglia, Kevin Jobe, and Alexander Jensen.

“Most people instinctively run from danger, but these officers did not hesitate to put their own lives on the line to run towards it that morning of June 14 to protect the lives of others. David, Crystal, Nicole, Kevin, and Alexander all have families of their own, yet they courageously confronted and stopped the shooter. Everyone who was at the ballpark that morning owes their lives to the selfless and brave actions of these heroes, and I cannot thank them enough.

“I am especially grateful to Crystal and David, who I have been blessed to have by my side day in and day out in my job as Majority Whip. I would not be here today without the bravery of Crystal and David. They saved my life, and are my heroes.

“I am thankful to President Trump for recognizing their heroism with this highest honor, and am grateful to all of the men and women in law enforcement who risk their lives to preserve our safety each and every day.