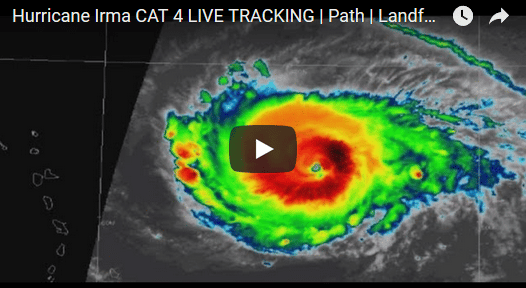 Hurricane Irma has been updated to Category 5 with up to 180 mph! GET OUT NOW!

Florida Gov. Rick Scott has declared a state of emergency in the state as rapidly growing Hurricane Irma, now a Category 4 storm, is expected to make landfall later this week.

The state of emergency has been issued for all of Florida’s 67 counties. Scott said that the state would “prepare for the worst and hope for the best” as Irma is expected to hit the state around Friday.

Track the storm with this LIVE video: