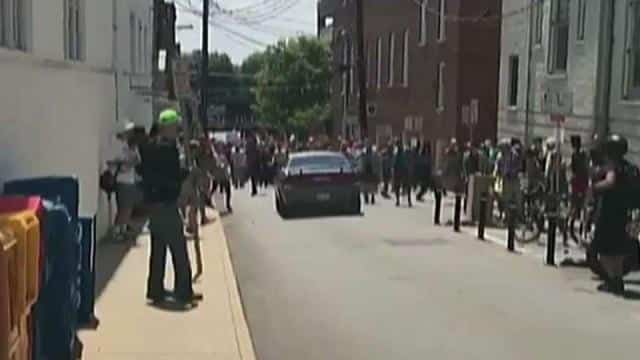 At least one person has died after a car plowed into a group of protesters in Charlottesville, Virginia, on Saturday — and it was caught on video.

Video captured during Saturday’s violent clashes shows a 2010 Dodge Challenger speeding down a street crowded with people, plowing through pedestrians before hitting the rear of another vehicle. Afterward, the car is seen speeding in reverse with heavy front-end damage.

Video of car hitting anti-racist protestors. Let there be no confusion: this was deliberate terrorism. My prayers with victims. Stay home. pic.twitter.com/MUOZs71Pf4 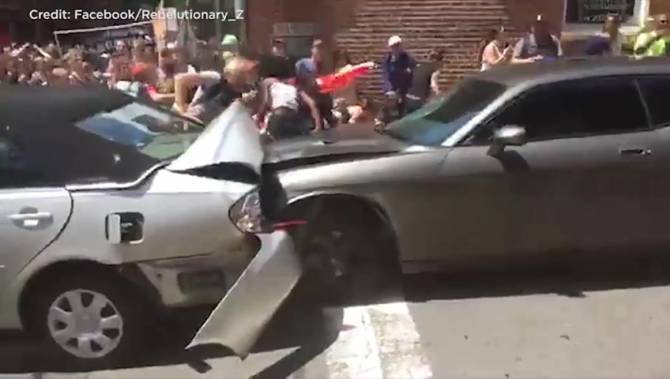 Law enforcement officers say that 19 people were injured in horrifying incident while one person has passed away due to injuries sustained from being hit by the car.

The names of the deceased person and the injured demonstrators have yet to be released.

Thankfully, police have arrested a person they believe is the driver of the vehicle.