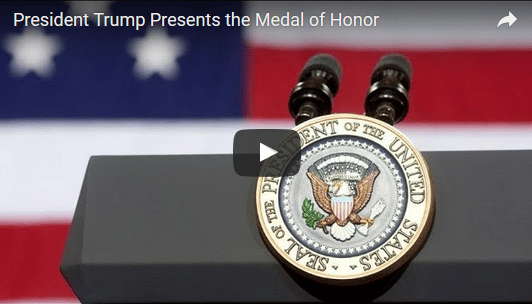 Today at the White House, President Donald J. Trump will award the Medal of Honor to former Specialist Five James C. McCloughan, U.S. Army. McCloughan will receive the Medal of Honor for distinguished actions during 48 hours of close-combat fighting against enemy forces near Don Que, Vietnam, from May 13 to 15, 1969. McCloughan, then 23 years old, voluntarily risked his life on nine separate occasions to rescue wounded and disoriented comrades. He suffered wounds from shrapnel and small arms fire on three separate occasions, but refused medical evacuation to stay with his unit, and continued to brave enemy fire to rescue, treat, and defend wounded Americans.