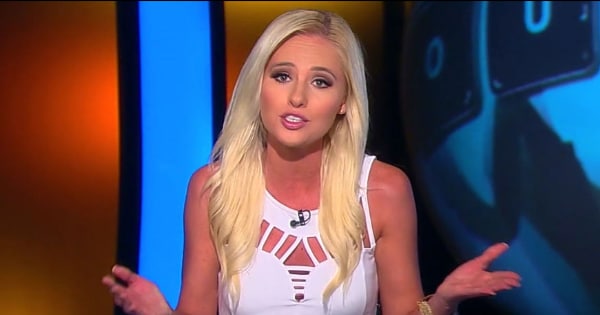 Tomi Lahren has broken her silence.

Lahren said on ABC’s “Nightline” Wednesday she was “deeply hurt” by TheBlaze’s decision to pull her from the air and wants to move on with her life.

The conservative talk show host claims she was ousted from her program after she said she was in favor of abortion rights while appearing on ABC’s “The View” on March 17.

“I’m deeply hurt by what has happened, I’m disappointed in what has happened, but if this is the way it is, let’s just part ways cleanly,” she said. “I just want to work and have the freedom to put my voice out there  and I want to interact with my fans and my followers. That’s all I want out of this.”

Lahren’s emotional response promoted “Nightline” anchor Byron Pitts to ask her why she was getting choked up.

“Without that, I feel lost,” she said of her show on TheBlaze. “When your outlet is taken away from you, when your catharsis is stripped from you and you don’t understand why and you’re so disappointed and you’re so blindsided by it, it hurts.”

Lahren detailed her views on feminism [in her interview with] Playboy.

“To say that a woman can be simplified into wanting free abortions or free birth control, and by using a false statistic like the 77 cents on the dollar is bulls–t; to say that’s what female empowerment is? That’s discrediting and insulting to women like myself,” she said. “Saying, ‘Give me, give me, give me’ is not female empowerment. As a woman, I care more about immigration than I do free birth control. Does that make me anti-woman? No, it just means that I don’t wake up everyday and think of myself first and foremost as a woman.”

Lahren added, “I think of myself as an American, as a daughter, as a friend. I don’t wake up and think, ‘What can I get for free today because I’m a woman’ or use my gender to further some kind of entitlement for me.”