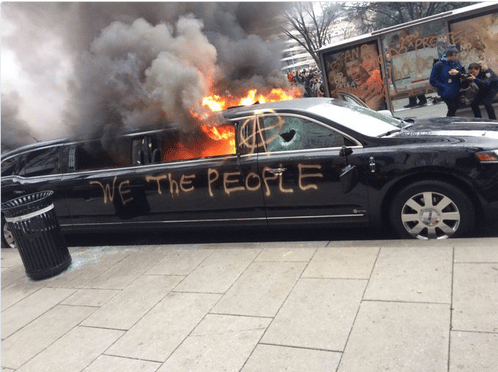 Anti-Trump rioters smashed storefronts, destroyed vehicles and committed other violent, criminal acts in the name of civil disobedience in Washington DC before the 2017 inauguration.

Marching down a street with a banner stating, “Non-peaceful transition,” many rioters covered their faces while others defaced buildings, busted newspaper boxes and set random fires.