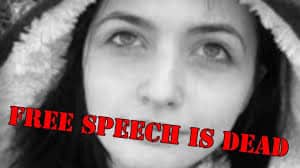 On the Friday before Christmas when nobody was looking, of course, The Dictator of The USA, Barry Satoro signed a bill into law that placed the power of Free Speech and Free Media with the CIA, NSA and Pentagon. This is unprecedented and is entirely unconstitutional, and resembles The Soviet Union style censorship.

The gov. was already censoring the web with cooperation from large corporations like Twitter, Facebook and Google, but this puts the ICING ON THE CAKE! IT WILL BE VIRTUALLY IMPOSSIBLE TO GET THE TRUTH OUT! THANK GOD FOR TRUMP! ONLY A FEW DAYS UNTIL INAUGURATION!

PLEASE SUBSCRIBE TO OUR INSIDER MAILING LIST AND RSS FEED in case this site ever goes down!!! This is a FIGHT .. This is truly an INFOWAR!!!