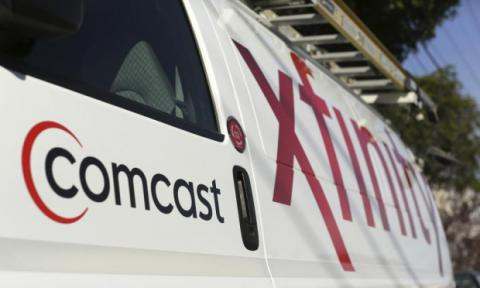 This came across by desk from Fight For The Future:

Big news: Comcast officially called it quits on merging with Time Warner! The mega-deal that would have given them control over more than half the country’s Internet users is dead.!

It was supposed to be the largest cable merger ever, combining the two largest, most hated cable companies into a single, massive political and economic monopoly. And now, thanks to hundreds of thousands of people like you taking action, that deal is not going to happen. This happened because of our power and ability to work together.
This win means we should be smart and take steps right now to protect the free and open Internet. We know Comcast is putting more energy into attacking net neutrality in Congress and in the courts, trying to get their way by throwing huge amounts of money anywhere they can.
That’s why we created Comcast Customer Help — a site where you can see which members of Congress are doing Comcast’s bidding and make them stop. Click here to check out the worst offenders.

2015 has been an amazing year for Internet users because we’ve made it a terrible year for Comcast’s schemes to control the Internet. Together, we won net neutrality and put an end to their schemes to be a gatekeeper to what we see and do on the Internet. Today, we stopped them from merging with Time Warner and creating a single, hyper-powerful cable monopoly.
We beat a monopoly twice in one year. That never happens. We’re in this interesting moment where because we’ve been smart, coordinated, and powerful, we’re creating a domino of wins in our issue area. Everything little thing you do now can have an exponential effect for good.

That’s why we can’t stop here. Comcast is trying to use special rules in Congress to overturn the new net neutrality rules — and given the millions of dollars they spend every year lobbying Congress, we can’t let up for a second. 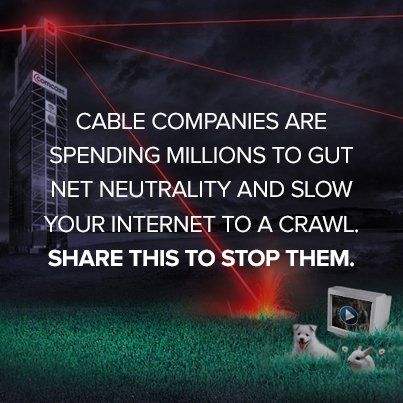 Fight for the Future