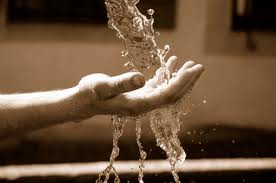 CHECK OUT WHEN MAGAZINE’S EXCLUSIVE INTERVIEW WITH ANNIE LOBERT – SAVED ON THE STRIP!!!

LAS VEGAS, NEV. (ANS) — Homeless people roam the 95 degree streets of Las
Vegas, some going through trash cans, some sitting there with signs asking
for money, and some just sitting.

Kenny No one seems to pay a whole lot of attention to them. They might
almost be part of the scenery. During a recent trip to Las Vegas with
friends, I found Kenny on Fremont Street.
According to Wikipedia, “Fremont Street is … the second most famous
street in the Las Vegas Valley after the Las Vegas Strip. (It was) named
in honor of explorer John Charles Frémont and located in the heart of the
downtown casino corridor.”
With all of the bustling activity, liquor, vendors and casinos,
experiencing Fremont Street was something akin to spending a concert night
at the Hard Rock Pavilion, the State Fair and all of our casinos rolled
into one. It’s known as the “Fremont Street Experience.” Kenny’s a part of
the “experience” not talked about so much.
I asked Kenny, who was in a wheelchair, if he was hungry. He said he was,
so I gave him a gift card for a fast food restaurant. He agreed to talk
with me for a few minutes about being homeless in Las Vegas.
He said he is surviving, but life is difficult. Kenny said he’d been in
Las Vegas for 18 months, homeless for about five years total, and came
there because he believed he could find work. He’s been in a wheelchair
for about six months.
Being homeless in Las Vegas, he said, “Sucks. Pardon my English but it
sucks … I shattered my ankle, lost my job, and of course I ended up
losing my apartment cause I couldn’t pay for it. That’s what happens when
you work under the table; you don’t get no benefits.”
Kenny described a typical day. “Panhandling to survive; to eat. To have a
drink so you can go to sleep on the bare ground.”
He added, “I have a lot of health problems all of sudden and I won’t take
pills so I ended up drinking; ended up getting addicted to that. (I)
should have took the darn pills, ha ha … ”
Kenny said he has been attacked and robbed three times – close to where I
was talking to him.
He said, (I was) “trying to find a place to sleep … cause I try to stay
away from all the others, because they’re the ones that steal from you.
They’re the ones that attack you. You have no friends out here. You just
have people that want to take from you.”
Kenny said he gets moved on a lot by the police. (It’s) constant. It
depends on their moods, and which officer, but yeah .. they make me move.”
I asked Kenny if there was a law against panhandling. He said, “Yeah, but
there’s not supposed to be a law against flying a sign that doesn’t ask
for money but they gave me a ticket for it. Oh, they’re gonna give me
probably five days (in jail).”
I wondered what Kenny would say to people who would say he could get help
if he really wanted to.
Drinking, he said, makes some area homeless services inaccessible to him.
The alcohol he uses to numb the pain has now resulted with him waking up
with the shakes.
“So I have to have a drink to calm down and cure my stomach and I can’t
use the services,” he said.

Heart Attack Grill
As our conversation continued, I learned that Kenny had worked all his
life. He said he’s been a carpenter, an electrician, a painter and a
gardener. He said he’s fighting for disability benefits.

I asked Kenny if he had one wish what it would be. He said it would be to
get a bus ticket back to Santa Cruz, Calif. While he doesn’t have family
there, Kenny said he does have friends, access to health care and a place
he can get a job. Tears were running down his cheeks as he’d been talking.
I asked Kenny if I could pray with him. He gladly accepted. Will you also
say a prayer for Kenny?

After leaving Kenny and continuing my journey down Fremont Street, I
passed the Heart Attack Grill, where anyone over 350 pounds eats free. I
couldn’t help but thinking that this was somewhat ironic. Only in America,
right?