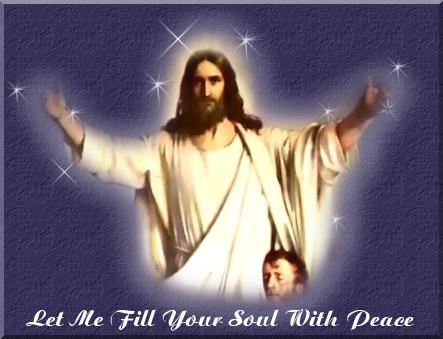 Rather than try to address every heretical misunderstanding that is being propagated by sensationalist, money grubbing, heretical so-called prophecy specialists, I will try to provide you a simple basic foundation of truth.  I do not consider myself a “prophecy preacher”, but most of this stuff is very basic and elementary doctrine and I know enough to spot the fakes and you can too. Some doctrines like the Rapture of the Church are basic to the Bible regardless of who first noticed it.

I will point out though, that much of the confusion being spread by heretics seems to have some scriptural foundation but only because of lack of knowledge of the victims.  One example that I will point out is regarding God’s elect.  Remember that all through the Gospels and the Old Testament it was not known to the Jews that a Gentile would ever be saved.  When the Bible speaks of God’s elect it is referring to the Jews and God most certainly has additional business with the Jews AFTER the Church is gone from the Earth.
Notice this scripture that Paul writes regarding his burden for the Jews, God’s elect.  He is NOT referring to the Church because this is a letter to a Christian.  He would hardly have been referring to the Gentiles as God’s elect, would he?

2Timothy 2:10 Therefore I endure all things for the elect’s sakes, that they may also obtain the salvation which is in Christ Jesus with eternal glory.

See?  Even this far into the New Testament Paul refers to the Jews as the elect.   If you don’t understand that God’s elect are the Jews then there is a lot of Bible that would seem to teach a post trib rapture.  To further complicate the issue there are also times that the Bible speaks of the Church as the elect.  But keep in mind that the Gentile Christians are the wild olive branch that is grafted in to the elect.

Romans 11:24 For if thou wert cut out of the olive tree which is wild by nature, and wert grafted contrary to nature into a good olive tree: how much more shall these, which be the natural branches, be grafted into their own olive tree?
Romans 11:25 For I would not, brethren, that ye should be ignorant of this mystery, lest ye should be wise in your own conceits; that blindness in part is happened to Israel, until the fullness of the Gentiles be come in.

Because there are disasters, earthquakes etc as never before is certainly a sign of the end time, but it does not mean that the vials in Revelation are being poured out.

Matthew 24:5  For many shall come in my name, saying, I am Christ ; and shall deceive many.
6  And ye shall hear of wars and rumors of wars: see that ye be not troubled: for all these things must come to pass, but the end is not yet.
7  For nation shall rise against nation, and kingdom against kingdom: and there shall be famines, and pestilences, and earthquakes, in divers places.
8  All these are the beginning of sorrows.
9  Then shall they deliver you up to be afflicted, and shall kill you: and ye shall be hated of all nations for my name’ s sake.
10  And then shall many be offended, and shall betray one another, and shall hate one another.
11  And many false prophets shall rise, and shall deceive many.
12  And because iniquity shall abound, the love of many shall wax cold.
13  But he that shall endure unto the end, the same shall be saved.

Notice that it does not say that the wrath of God is poured out.  There is a big difference between “great tribulation” which is the hand of men and the “Great Tribulation” which will be the wrath of God poured out upon a sinful world after the true Church is gone to meet the Lord in the air.  It is notable that one of the things it mentions is that the real Christian will be hated for His “Name’s sake”.  The Trinitarian hatred for the Name of Jesus in baptism comes to mind.

We have some promises from Jesus.  Those real Oneness Christians who know that Jesus IS the Holy Ghost will be able to understand this.

John 14:17  Even the Spirit of truth; whom the world cannot receive, because it seethe him not, neither knoweth him: but ye know him; for he dwelleth with you, and shall be in you.
18  I will not leave you comfortless: I will come to you.

Jesus is the Truth!  Jesus was telling them that He was with them but would be IN them.  That is a strong sermon for monotheism right there. Remember that the Spirit of Jesus IS the Holy Spirit and He promised that He would NOT leave us comfortless.  Remember that promise from the Comforter.

Now another basic foundational point is that, while the antichrist system is at work and the antichrist is probably walking this earth right now, he CANNOT be revealed until the Holy Spirit is taken out of the way.

2 Thessalonians 2:7  For the mystery of iniquity doth already work: only he who now letteth will let, until he be taken out of the way.

I trust that we can agree that the only one with the power to “letteth” regarding the antichrist is Jesus Christ (Oneness Christians understanding that Jesus IS the Father, Son, AND Holy Ghost.)

2 Thessalonians 2:1 Now we beseech you, brethren, by the coming of our Lord Jesus Christ, and by our gathering together unto him,
2  That ye be not soon shaken in mind, or be troubled, neither by spirit, nor by word, nor by letter as from us, as that the day of Christ is at hand.
3  Let no man deceive you by any means: for that day shall not come, except there come a falling away first, and that man of sin be revealed, the son of perdition;
4  Who opposeth and exalteth himself above all that is called God, or that is worshipped; so that he as God sitteth in the temple of God, shewing himself that he is God.
5  Remember ye not, that, when I was yet with you, I told you these things?
6  And now ye know what withholdeth that he might be revealed in his time.
7  For the mystery of iniquity doth already work: only he who now letteth will let, until he be taken out of the way.
8  And then shall that Wicked be revealed, whom the Lord shall consume with the spirit of his mouth, and shall destroy with the brightness of his coming:
9  Even him, whose coming is after the working of Satan with all power and signs and lying wonders,

Now hopefully by this time we see two points proven from the scripture.

1. Jesus has promised that He will not leave the Church comfortless