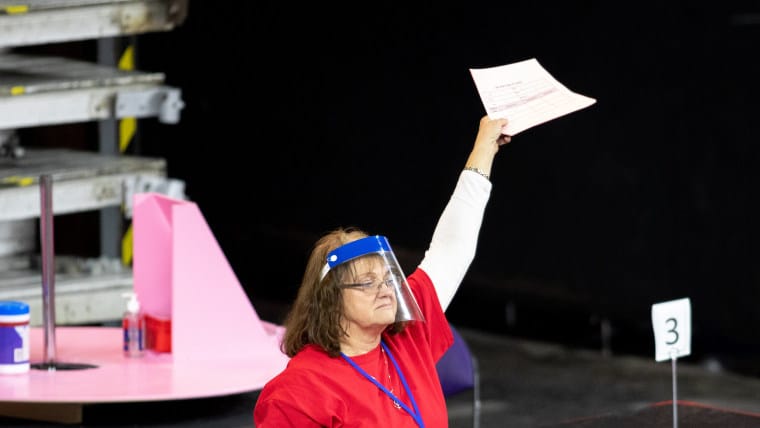 Arizona auditors reviewing the Maricopa County 2020 general election completed their third and final ballot recount late last month. The Senate team is now waiting for the draft report based on the results of the election machines and other voting material analyzed during the review. Arizona Senate President Karen Fann shared, “Confirming audit companies are preparing the draft report to present to the Senate team. The Senate team will then review for accuracy and clarity for final report which will be released publicly.”

Pray for Election Integrity Nationwide and Voter Confidence in the Arizona Audit! And urge your state officials to pursue election audits and legislation.

Arizona Republican senators who commissioned an audit of the 2020 presidential election will announce their findings on Friday, concluding an effort spurred by Donald Trump’s claims of widespread electoral fraud.

The results of the “forensic audit” of the former president’s performance at the polls in Maricopa, Arizona’s most populous county, will be revealed in the state Senate at 1 p.m. local time (4 p.m. ET), five months after the Republican-led Senate launched it.