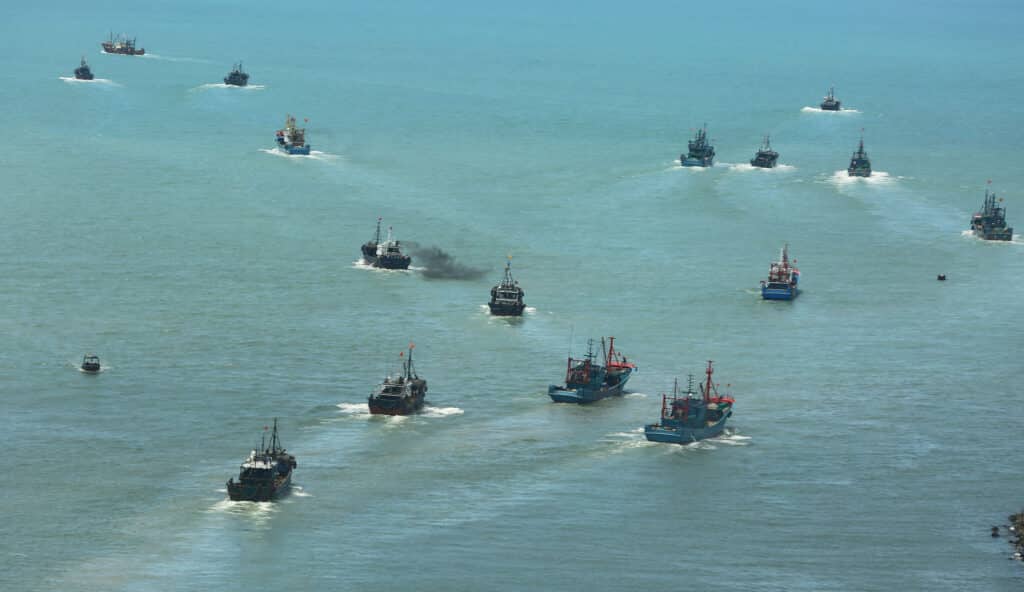 If nothing else, the blockage of the Suez Canal by a massive container ship has served as an unwelcome reminder that chokepoints to global trade like the Straits of Hormuz, the Straits of Malacca and the Straits of Gibralter represent geopolitical risks that have perhaps haven’t been fully appreciated by investors.

Of course, vulnerabilities to global trade extend beyond these narrow chokepoints.

Take, for example, the South China Sea. The United Nations Conference on Trade and Development estimates that roughly 80% of global trade by volume and 70% by value is transported by sea. Of that volume, 60% of maritime trade passes through Asia, with the South China Sea carrying an estimated one-third of global shipping. Under President Trump, the US Navy intensified to check growing Chinese naval power in the area. And just the other day, a US spy plane flew closer to China’s coast than ever before.

Well, in a concerning sign that tensions might be about to come to a head in the region, Reuters reports that Philippines leader Rodrigo Duterte has complained to Chinese ambassador about Chinese naval forces that have been massing in the area. In recent days, international concern has grown over what the Philippines has described as a “swarming and threatening presence” of more than 200 Chinese vessels that it believes were manned by China’s maritime militia. The boats were moored at the Whitsun Reef within Manila’s 200-mile exclusive economic zone.