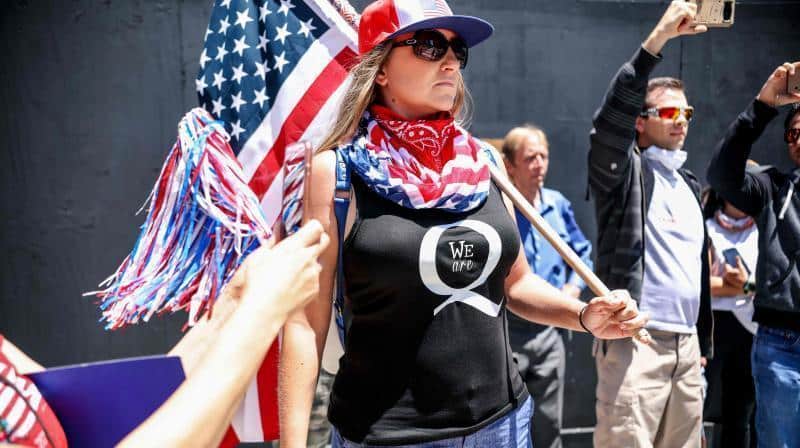 The world’s most popular QAnon post aggregator has been taken offline, after its webmaster – a Citigroup employee named Jason Gelinas – was doxxed by Logically.com and later stalked by Bloomberg’s William Turton – who drove out to his house for an interview.

Under the username ‘QAppAnon,’ Gelinas launched Qmap.pub in May of 2018 under the username ‘QAppAnon,’ – which boasted over 10 million visitors in July according to SimilarWeb. The site aggregated ‘Q drops,’ messages posted by an anonymous individual (or individuals) to image board ‘8kun’ promoting the theory that President Trump is part of a military intelligence operation by ‘white hat’ insiders to take down the deep state – arresting and prosecuting corrupt government officials and pedophiles.

Over the years, Q’s posts would move from the 4chan forum to 8chan, and finally to its later iteration, 8kun. But these forums weren’t where most of Q’s followers would go to access the drops: most would find them neatly compiled on a site called QMap, now the main platform on which Q’s drops are published. For years it was believed that QMap was an endeavour that was independent of both the chan forums and the person or people posting Q’s drops, but recent discoveries concerning an IP address behind QMap raised questions as to whether Jim Watkins, the owner of 8chan and 8kun, an elusive figure in his own right, could also be Q. As some QAnon researchers have pointed out, however, the story of Q’s operations does not end with Jim Watkins. – Logically.com

Now, this is all that appears when one visits the site: