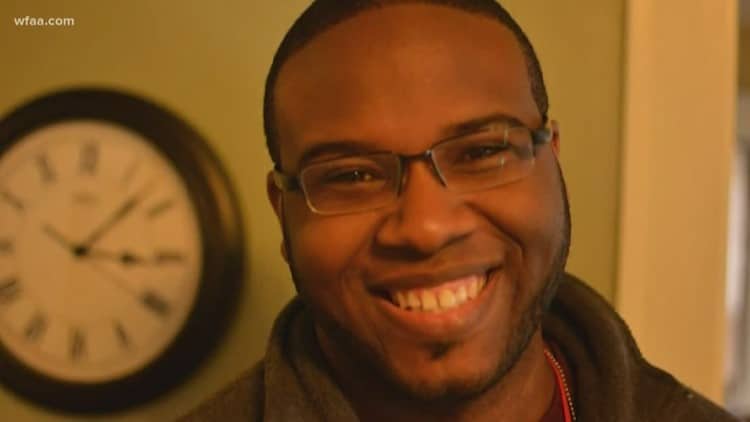 —
Why Joshua Brown’s Testimony Was Key In Amber Guyger’s Murder Trial
—
“He was able to provide eyewitness details about events immediately before and after Botham Jean’s murder.”

While many of the corporate lamestream, fake news, mockingbird media outlets are spewing the same garbage over and over to brainwash & program the population, A FEW CALLED & CHOSEN CITIZEN JOURNALISTS still know how to conduct Investigative Journalism, such as our Brother and Fellow Patriot, Cai Irvin who breaks down some startling FACTS surrounding the shooting of Botham Jean as well as Cover-up shooting of Joshua Brown and the possible corruption of the Dallas Police Department tied to Human Child Trafficking.

Texas is the second largest hub for sex trafficking in the country, so it all adds up.

WE ARE THE NEWS NOW!

Props to Cai Irvin for spending the time to dig down this rabbit hole filled with snakes!

You must watch his FB Live here where he shows us his in depth investigation uncovering ties to “children”, “crisis management”, and a mysterious “foundation” … WATCH THE VIDEO BELOW:

Because “Mainstream Media” is no longer doing their job! period.

The following CNN article of the “Official Narrative” spread by many other Lamestream Fake News Outlets & Affiliates, reads much like a Soap Opera. Something smells like “fish” here and The TV News WON’T BE THE ONES TO INVESTIGATE OR TELL YOU CAUSE THEY GET PAID OFF BY THE CRIMINALS.

(CNN) — A man who was a key witness in the murder trial of former Dallas police officer Amber Guyger was fatally shot Friday in the parking lot of his apartment complex, according to attorney Lee Merritt.

Joshua Brown was a neighbor of shooting victim Botham Jean, who was sitting in his apartment in September 2018 when Guyger walked inside and shot him to death.

Dallas police responded to a call for a shooting at the Atera Apartments complex around 10:30 p.m. Friday, police told CNN.

According to Cai’s reports, this all could be a cover-up for some type of Child Trafficking Operation, which is becoming all too common around the world and right here in United States of America, and then brushed under the rug by these same corrupt “Fake News” outlets we’ve been sounding the alarm about since 2010.

What do you think? Leave us your comments & SHARE!

FOLLOW OUR MEDIA OUTLET FOR THE TRUTH!
We’ll be reporting more on this …

—
Why Joshua Brown’s Testimony Was Key In Amber Guyger’s Murder Trial
—
“He was able to provide eyewitness details about events immediately before and after Botham Jean’s murder.”