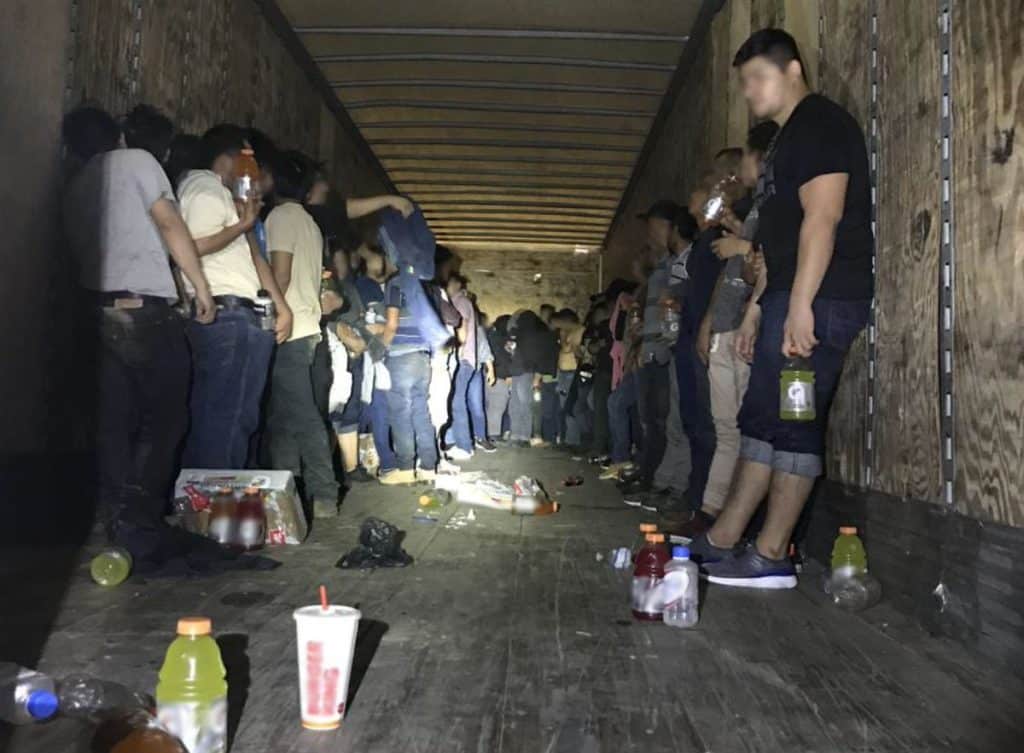 Border Patrol Agents Rescue Over 100 People Locked in a Trailer

The incident occurred on May 10, 2019 at 12:15 a.m., when agents who were working checkpoint operations encountered a black semi-truck with a white trailer. While interviewing the driver, who claimed to have no identification, a canine alerted to the odors of concealed humans and/or narcotics within the trailer. The tractor-trailer was referred to the secondary inspection area where the driver absconded through the passenger door and ran into an adjacent field.

The individuals apprehended in the trailer consisted of 11 juveniles from Honduras and Guatemala along with 109 adults both male and females from El Salvador, Guatemala, Honduras, Ecuador and Mexico.