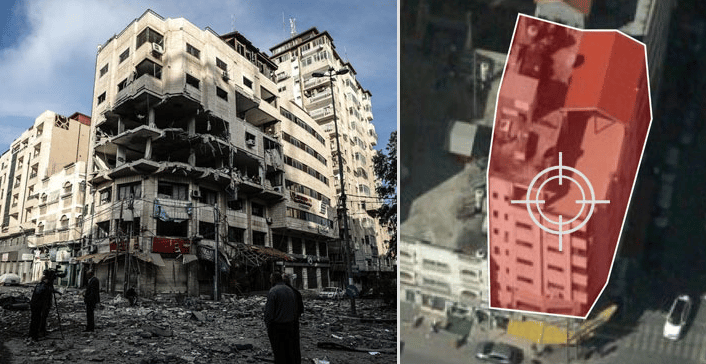 Israel Neutralizes Cyber Attack by Blowing Up A Building With Hackers

The Israel Defense Force (IDF) claims to have neutralized an “attempted” cyber attack by launching airstrikes on a building in Gaza Strip from where it says the attack was originated.

As shown in a video tweeted by IDF, the building in the Gaza Strip, which Israeli fighter drones have now destroyed, was reportedly the headquarters for Palestinian Hamas military intelligence, from where a cyber unit of hackers was allegedly trying to penetrate Israel’s cyberspace.

“We thwarted an attempted Hamas cyber offensive against Israeli targets. Following our successful cyber defensive operation, we targeted a building where the Hamas cyber operatives work. HamasCyberHQ.exe has been removed,” said the Israeli Defence Forces on Twitter.