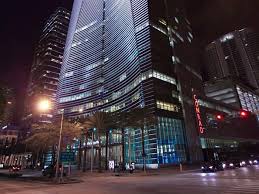 A former Miami hotel dishwasher was awarded a $21 million settlement in court after being made to work Sundays despite conflicts with her Catholic missionary work and eventually getting fired, according to the South Florida Sun Sentinel.

Although the jury awarded 60-year-old Marie Jean Pierre $21 million in damages, punitive damages in federal court are capped so she will likely receive around $500,000. But her attorney said it wasn’t about the money in the first place.

Pierre was hired to work at the Conrad Miami hotel in 2006. She said she told her employer at the time of her hiring that she could not work Sundays because she is a member of Soldiers of Christ Church, which is a Catholic missionary group.

The scheduling arrangement was fine from 2006 until 2009, when the hotel began scheduling her on Sundays. After she told them she’d have to quit if she was forced to work on Sundays, the hotel again accommodated her requests.

The issue resurfaced in 2015, when according to the lawsuit her manager demanded that she work Sundays of swap shifts with other coworkers to have the day off.

Pierre was fired in March 2016 for alleged misconduct, negligence and unexcused absences, she said in the lawsuit.

She sued Park Hotels & Resorts, the parent company, in 2017 for violating the Civil Rights Act of 1964.

Read More at The Blaze!