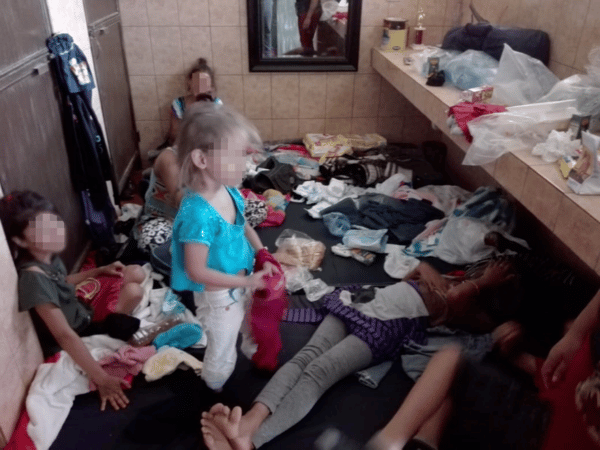 Judicial Watch has obtained exclusive information and photos from Guatemalan authorities revealing that they have recovered seven unaccompanied minors from human smugglers working inside the caravan. The children have been taken into custody and they are being provided with food, water and medical attention, according to a high-level Guatemalan government official. The smugglers have been arrested and the broader investigation into criminal activity in the caravan is ongoing.

A Judicial Watch team, headed by Director of Investigations Chris Farrell, spent several days on the Guatemala-Honduras border covering the illegal alien caravan, which originated in the northern Honduran city of San Pedro Sula. The team filed a number of exclusive reports and videos and met with Guatemalan President Jimmy Morales and other top government officials.

“Judicial Watch has been at the forefront of this top news story, reporting exclusive information from inside that no other news organization is reporting,” said Judicial Watch President Tom Fitton. “Chris Farrell and Irene Garcia put themselves in harm’s way to get this material, and Judicial Watch supporters nationwide are highly grateful for their sacrifices.”

See Judicial Watch’s exclusive reporting about the large numbers of migrants from various countries–including Brazil and even as far as China & India– traveling through Central America en route to the United States here.