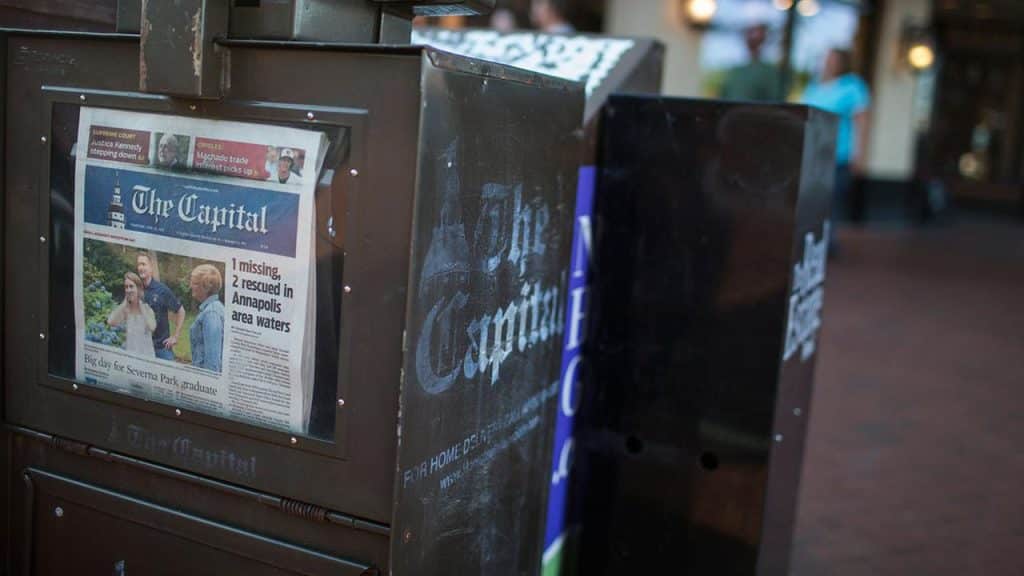 The scene outside of the newspapers The Capital and Maryland Gazette continued to be swarmed by investigators overnight as they tried to determine why a man they said was wielding a shotgun would pack smoke bombs to confuse the scene in the building’s lobby before breaking windows and taking lives with gunfire as he walked between desks in the office.

‘There is nothing more terrifying than hearing multiple people get shot while you’re under your desk,’ says one reporter (The Independent, UK)

A Maryland sheriff confirmed multiple fatalities after a gunman opened fire in the Annapolis Capital-Gazette offices.

Five people died, according to the latest reports, with several others “gravely injured.”

A gunman opened fire in a Maryland newsroom, killing at least five while several others are “gravely injured.”

“Those fatalities are so sad and I don’t know what to say except our thoughts and prayers are with them and their families and we take comfort knowing they’re in God‘s embrace,” Steve Schuh, Anne Arundel county executive, says.

The gunman, who is now in custody, opened fire in Annapolis’ Capital-Gazette. Police were reportedly on the scene in 60 seconds.

CBS News correspondent David Begnaud says the shooter is not cooperating, and refuses to give his name.

The motive of the shooting is currently unknown, though the New York Police Department has launched counterterrorism measures around their city’s newsrooms.