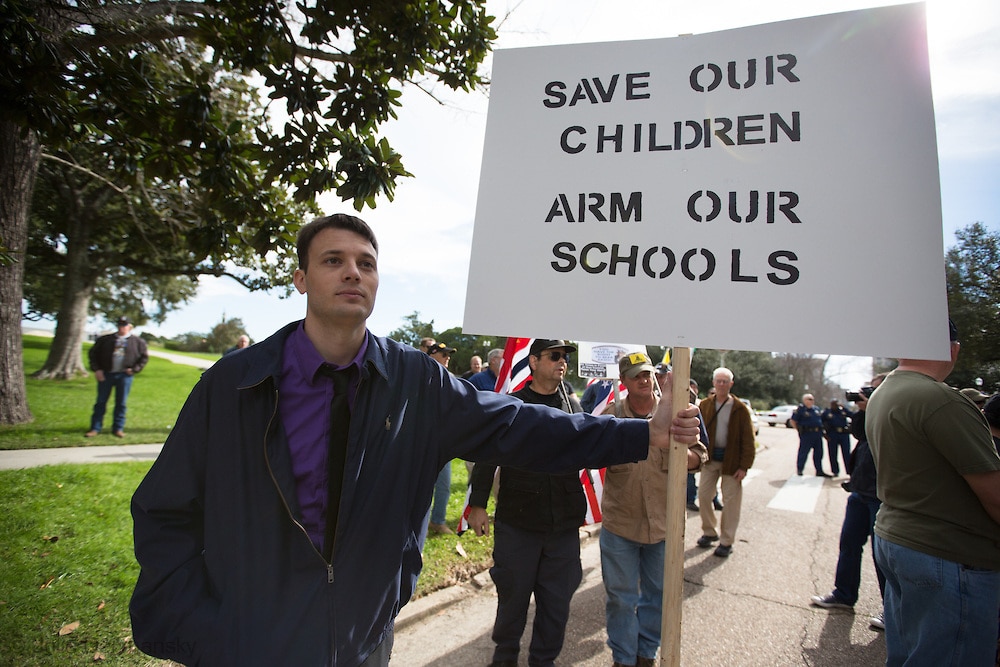 The last school fire that killed more than 10 people was March 31, 1954 in Cheektowaga, NY (15 dead). NFPA Website HERE.There were 8 total school fires from 1937 to 1954 that claimed the lives of 755 students, teachers and administrators.

Since then, Fire Prevention has greatly improved. In every school there are fire extinguishers, sprinkler systems and fire drills. All of the buildings are constructed to meet a specific code to prevent combustion and the spread of fire.

Since these changes were implemented by Fire Safety Experts and the local government there are only an estimated 25 injuries from school fires per year (HERE). Fatalities are extremely rare.

It took 4 hijackings on September 11, 2001 and the loss of 2,996 lives to radically change airport security.

Now when we go to airports we go through pre-flight screening. Metal detectors, we take out our laptops, and toss our shampoo. We have Air Marshals who fly in secret on almost every flight. We remove our shoes…we bitch and complain…but since 9-11 there has not been another hijacking in the US. In fact, airplane hijackings are extremely rare, the last one globally was in 2016. (HERE)

And in all this time…

We still fly planes.
However it took SWEEPING changes implemented by experts in the field of fire prevention and airport security to all but STOP these tragic events.

And the 28 murdered and 2 wounded in Newtown, CT on December 14, 2012 still didn’t get compel us to change either.

Not even the 10 dead and 9 wounded in Rosenberg, Oregon on October 1, 2015, the 6 dead and 18 wounded on the Rancho Tehama Reserve, California, November 14, 2017 or even the 17 murdered and 14 wounded in Parkland, Florida change anything.

The shame of it is that these aren’t soldiers, cops or firefighters being killed – they’re mostly CHILDREN and we have left it up to CIVILIANS to dictate how they will best be protected.
You got it – the people who ultimately decide how to protect your child are the members of your local school board.

Not the military, not the police…school administrators, former teachers with PHD’s decide how to handle this. To be honest, I wouldn’t trust any of them to run a neighborhood watch let alone decide how to best protect my children. They are grossly underqualified.

But it’s not their fault – they didn’t sign up for this.

But regardless they still decide on how to protect your child.

I submit to you that the vast majority of school administration has little or no idea about securing a facility and crowd control. If this were the case, they would be working for Homeland Security.
It’s time to take control of how our schools are secured.

When are we going to declare a WAR ON SCHOOL SHOOTINGS?

When are the people paid to protect us going to be allowed to do their jobs?

If my kids have to get up 30 minutes earlier or show up a specific time to get to school – I WILL SUCK IT UP (and so will they).

If I have to greet an armed trained officer standing guard over my most prized possession – that sheep dog is going to get a great Christmas present from the Ross house. And I hope and pray it’s the most BORING detail on the planet.

If I have to pay a little more, or donate a little more so modifications to my school can be made – I will pay.

I’d rather pay for that than a funeral.

So you can kick and scream about gun control – there are over 300,000,000 guns in the US – they’re not leaving and the fastest answer to this is to PROTECT THE TARGET.

We can fortify our schools and protect our children A LOT faster than we can debate gun control and talk about prevention.

The choice is yours America – let academia make tactical decisions based on your child’s safety – or let the people paid to protect and serve…PROTECT AND SERVE.

Damian Ross
The Self Defense Company

PS. In spite of what happened in Parkland with the failure of the School Resource Officer, this last SRO in Great Mills, MD. stepped up, did his job and saved lives.