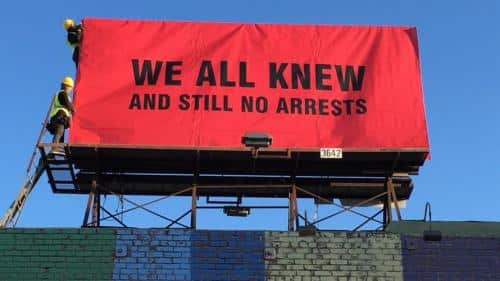 And The Oscar For Biggest Pedophile Goes To … LOL

Authored by Carey Edler via TheAntiMedia.org:

Just days before the first Academy Awards ceremony since Hollywood was hit with allegations of rampant sexual harassment, assault, and pedophilia, a Los Angeles street artist made a bold statement just a few miles from the Dolby Theater where the Oscars will be held.

Sabo, a conservative-leaning artist who has previously tagged the city with art referencing former President Obama’s drones, purchased three billboards, echoing the sentiment of a Academy Award-nominated film, Three Billboards Outside Ebbing, Missouri, which tells the story of a mother who seeks accountability for her daughter’s rape and murder, which police in her small town have failed to solve.

In the film, the mother purchases three billboards that read:

“AND STILL NO ARRESTS?”

In Sabo’s version, the billboards plastered in Hollywood read:

“AND THE OSCAR FOR BIGGEST PEDOPHILE GOES TO…” 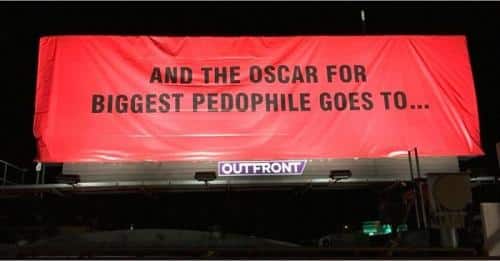 “WE ALL KNEW AND STILL NO ARRESTS”

“NAME NAMES ON STAGE OR SHUT THE HELL UP!” 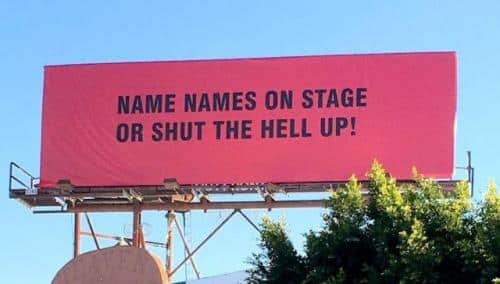