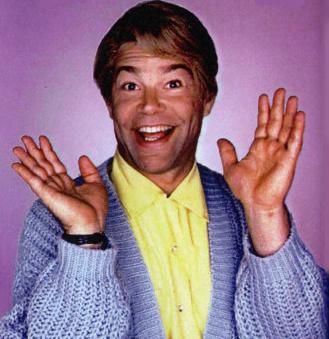 When I first saw Al Franken’s picture on the internet (researching him after I heard of the incident), I immediately knew WHO he was from “Stuart Saves His Family” (LOL) … a raunchy comedy that was produced in the 90s about a queer character, Stuart Smalley who has every addiction under the sun! Well, my friends, that sun has risen and that sun has shone light on (Al Franken’s) addiction to female genitalia.

The Blaze has reported that two more women accused Senator Al Franken (D-Minn.) of sexual harassment. This is in addition to two others who have already come forward.

Groped during a women’s event

One woman told Huffpost that Franken groped her during a photo opportunity after an event hosted by the Minnesota Women’s Political Caucus. The event took place June 25, 2007 in Minneapolis, Minnesota.

“My story is eerily similar to Lindsay Menz’s story,” she said, referring to the second accuser. “He grabbed my buttocks during a photo op.” The woman told Huffpo she wished to remain anonymous in order to avoid online harassment.

Groped at a Democratic fundraiser

A second woman described what happened to her with the senator when she attended a Democratic fundraiser in 2008, again in Minneapolis, Minnesota.

She told Huffpo that Franken cupped her buttocks and then made a suggestion that they visit the bathroom together.

“My immediate reaction was disgust,” she said. “But my secondary reaction was disappointment. I was excited to be there and to meet him. And so to have that happen really deflated me. It felt like: ‘Is this really the person who is going to be in a position of power to represent our community?’”

She also requested anonymity to protect her employment.