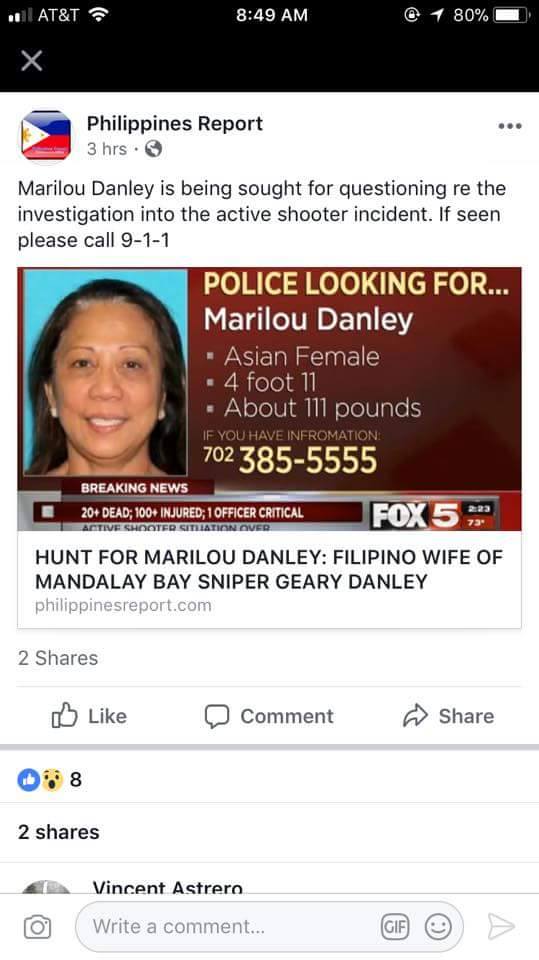 UPDATE 10-9-17 1206am: Our videos are being taken down and removed by Youtube and Facebook Elite! We’ve had to do our best at replacing them.

In this video a lot is uncovered and NOT ONE BIT OF IT IS BEING DISCUSSED MAINSTREAM!

Multiple muzzle flashes can be seen that sync with the gunshot sounds, and not one of the flashes came from the 32nd floor!

Also, CBS News reported BEFORE the event that there was an ISIS THREAT to LAS VEGAS!

Could Samir Al Hajib been the second shooter or what about the man mentioned in this Wanted Poster by filipino news?

Who is GEARY DANLEY when the named shooter was STEPHEN PADDOCK?

UPDATE: Here’s another video of the muzzle blasts coming from the 4th floor! (Removed)

HURRY! OUR VIDEOS ARE BEING REMOVED!

UPDATE: yet another video has surfaced. This time even more revealing than the first two. From a Taxi Driver, Watch:

You can distinctively hear the gunshots coming from MULTIPLE locations in the video above. How is that the LVMPD thinks you’re so stupid you can’t figure out the truth? Its an INSULT TO MY INTELLIGENCE!

Please use the buttons below to TWEET & SHARE this post ... and leave your thoughts & feelings in the COMMENT SECTION by scrolling down ... If you haven't joined TRUTH PREMIUM, what are you waiting for? Click Here
11
SHARES
ShareTweet
0 0 votes
Article Rating
Subscribe
Connect withD
Login
Connect withD
3 Comments
Newest
Oldest Most Voted
Inline Feedbacks
View all comments

[…] UPDATE: Here is the FULL footage from the video above. It starts much sooner and includes MORE DAMNING EVIDENCE OF MULTIPLE SHOOTERS: […]