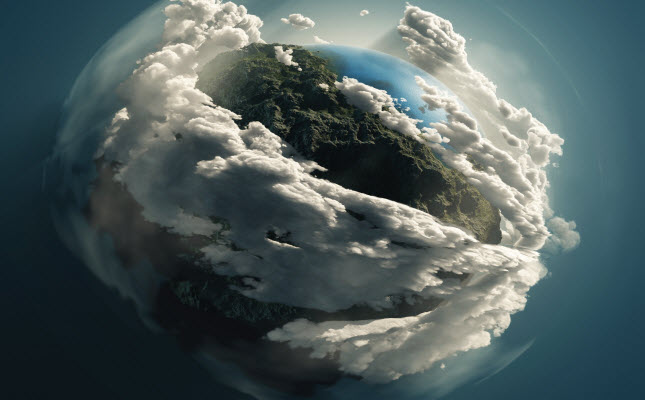 The Truth About Non-Existent Climate Change

80 year old meteorologist breaks down the truth about the so called climate change being touted by the Government and New Age Idiots.
Global Warming and Climate Change are non existent.
I also will add that these “idiots” make things sound just so awful by mentioning carbon dioxide. The fact is that carbon dioxide is what we humans breath out after inhaling oxygen. We receive carbon dioxide from beautiful healthy green plants. This is third grade science folks.
It is carbon MONOXIDE that is BAD for the human body!
Get the FACTS!
What was behind The Paris Climate Accord?
Zero Hedge reports that the entire data used to push the Paris Climate Agreement through was flawed and rushed for the exact agenda:

Britain’s Mail on Sunday today revealed astonishing evidence that the organisation that is the world’s leading source of climate data rushed to publish a landmark paper that exaggerated global warming and was timed to influence the historic Paris Agreement on climate change.

A high-level whistleblower has told this newspaper that America’s National Oceanic and Atmospheric Administration (NOAA) breached its own rules on scientific integrity when it published the sensational but flawed report, aimed at making the maximum possible impact on world leaders including Barack Obama and David Cameron at the UN climate conference in Paris in 2015.
Climate Depot also has this to say:

Oh, you’d never heard of it? I bet you’ve heard a lot about the 2015 Paris Climate Accords that were agreed to in part because of the fake “Pausebuster” data. But the mainstream media have little interest writing stories that refute liberal assumptions, so fake news becomes no news. To hear about Climategate 2.0, you’d have to follow alternative sources like Manhattan Contrarian (where I first learned of it), or Judith Curry, or Watt’s Up with That?, or the U.K.’s Daily Mail.

This pattern of fake news followed by no news has been repeated throughout the era of climate change fabulist fear-mongering. In 1989, according to the Associated Press, a director of the United Nations Environmental Program (UNEP) predicted that “entire nations could be wiped off the face of the earth by rising sea levels … by the year 2000.” This was followed by no news about no nations being covered by the sea in 2001.

KUSI News reports:
A great scientist named Roger Revelle had Al Gore in his class at Harvard and the Global Warming campaign was born. Revelle tried to calm things down years later, but Gore said Revelle was Senile and refused to debate. John Coleman documents the entire story and shows how our tax dollars are perpetuating the Global Warming alarmist campaign even though temperatures have not risen in years and years.