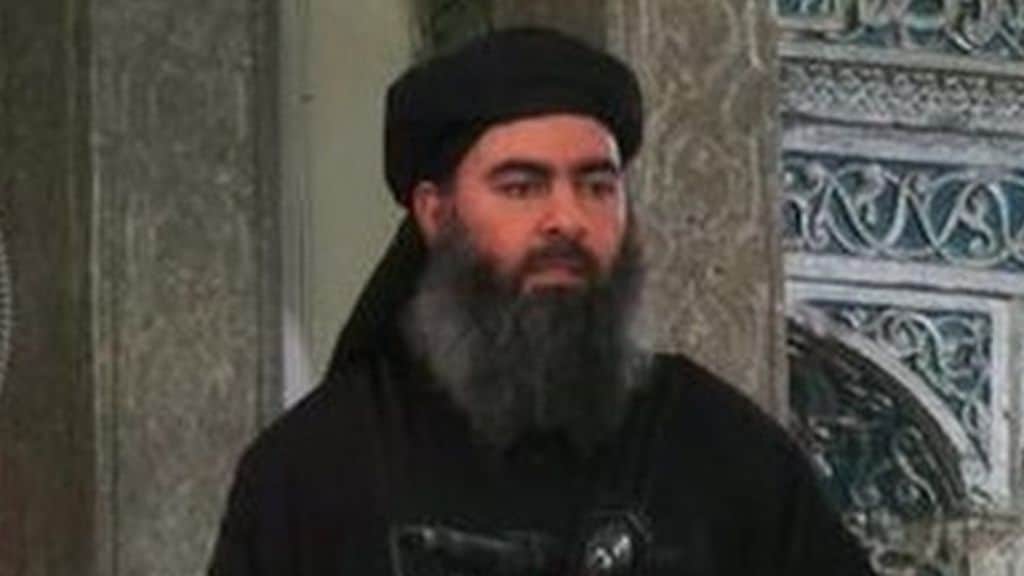 Well well well, Hope he gets his however many virgin goats in hell. Thanks Mr. President Trump for vowing to fight these evil bastards!

SYRIAN state television has reported the leader of Islamic State Abu Bakr al-Baghdadi has been killed in an air strike.

Claims suggest the world’s most wanted terrorist was blasted with heavy artillery while in the ISIS stronghold of Raqqa.

It is possible the terror chief was ‘killed’ by white phosphorus bombing campaigns lead by Coalition forces in the IS-infested region throughout last week.

Dramatic footage has emerged showing the scorching munitions showering down on to the city and setting buildings ablaze.

According to the British-based Syrian Observatory for Human Rights, 13 civilians have been killed in coalition are raids in Raqqa over the past 24 hours.