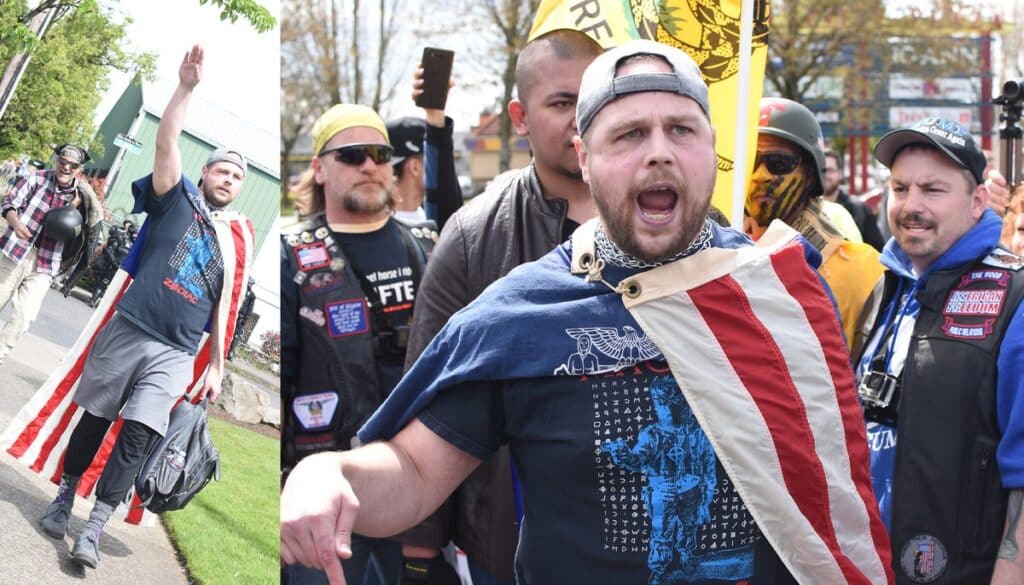 The other day news broke that a so called “White Supremacist” stabbed 2 “heroes” to death and injured one other when they stood up for a young Muslim women on a train that was getting assaulted.

Our followers know all too well to NOT take the government and mainstream media’s word for the truth … at least by now they know this.

It’s very much possible, after watching this video that this was a LOCALLY PLANNED FALSE FLAG TERROR ATTACK!

I’m not saying it definitely is. This is pure speculation. Watch for yourself and come to your own conclusions. Share in the comment section below.

According to Daily Caller, Christian is a supporter of Democratic Socialism and Bernie Sanders — interesting! The liberal MSM networks have been painting Jeremy as an “evil” Trump supporter because it so conveniently fits their narrative. They are ALL a bunch of cowards!
https://www.angrypatriotmovement.com/truth-about-portland-killer/?utm_source=Boomtrain&utm_medium=afternoon&utm_campaign=20170601-2