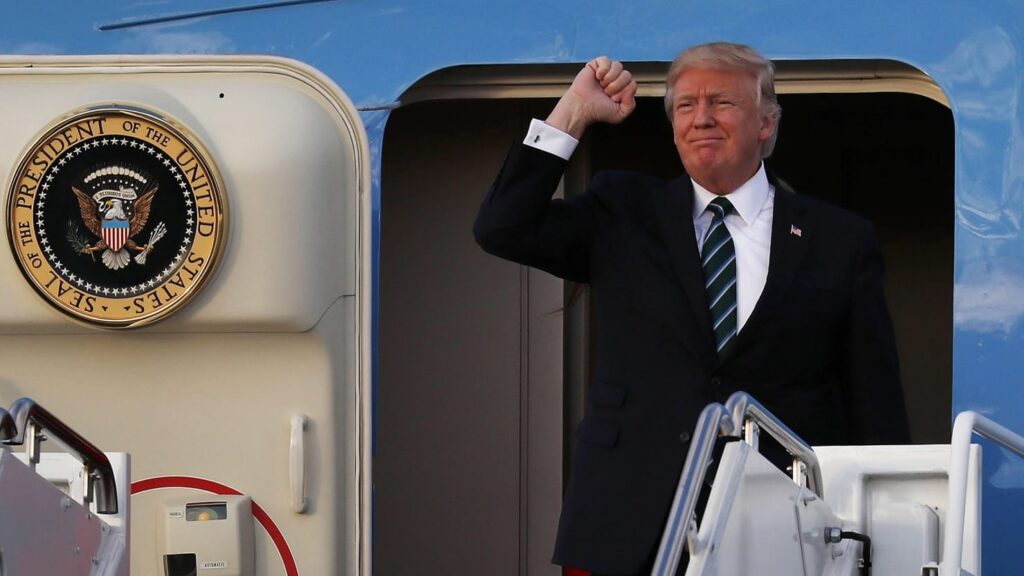 Trump Shows Respect For Both Nations While Visiting Saudi Arabia

Trump flewover to Riyadh, Saudi Arabia overnight on Air Force One. He stepped off the great plane with pride yet respect for both nations. You can tune in LIVE to Fox News
and watch it as it unfolds.

King Salman gave Donald, Melania and Ivanka a tour showing them artwork throughout the Saudi Capitol then President Trump signed the largest multi-billion dollar arms deal with Saudi in history.

Seeing the peace as King Salman and President Trump sit side by side, I think of Isaac and Ishmael of the Bible. (read Genesis 12).
Can there be true peace between Islam and The Western World?

It’s a great honor to the Saudis that Trump chose to visit them first of all the places he could go for his first international trip.

There is a huge difference between the way Trump has approached this trip with dignity as opposed to Obama who bowed to the King with shame.
It’s important that America be viewed as a strong nation, especially in a troubled world. Trump didn’t let us down like Obozo did.

The president’s stop in Saudi Arabia kicks off an ambitious international debut. After two days of meetings in Riyadh, Trump will travel to Israel, have an audience with Pope Francis at the Vatican, and meet with allies at a NATO summit in Brussels and the Group of 7 wealthy nations in Sicily.

The wild lamestream media is still reporting on so called “Russia” collusion in the ultimate witch hunt trying to undermine the president and this great trip for the world.

Show them THEY WON’T WIN! Their stories won’t WIN! Share THIS STORY = the truth that matters!

President Trump Is Off To The Holy Land To Bring Peace

[…] UPDATE: Trump touches down Saudi Arabia and shows respect for both Nations! […]