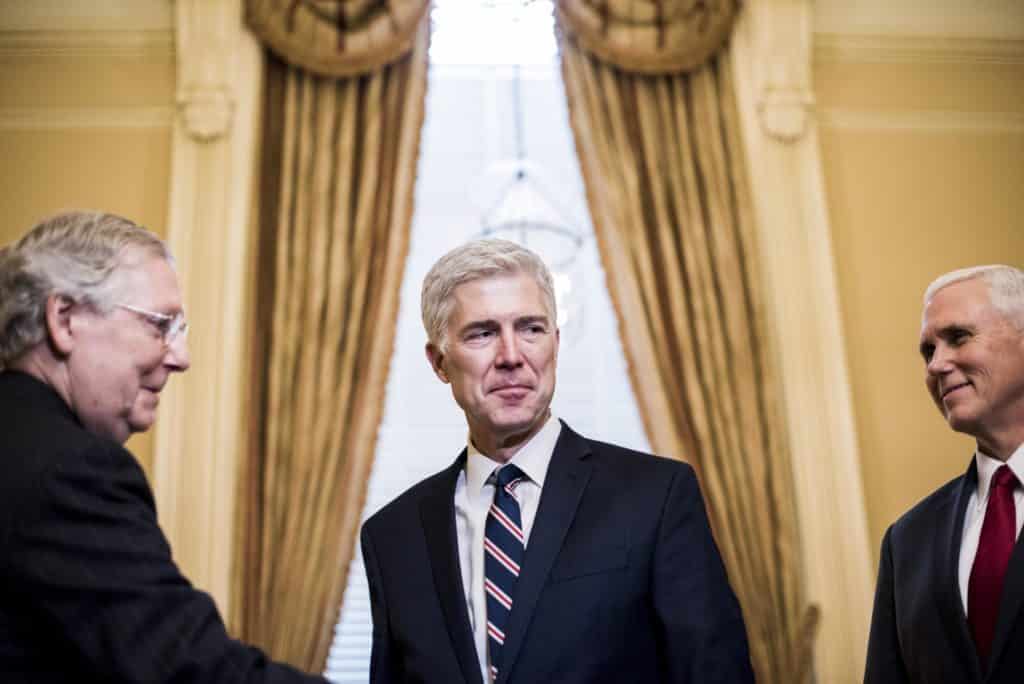 A Senate panel is opening a weeklong partisan showdown over President Donald Trump’s Supreme Court nominee, but Majority Leader Mitch McConnell is as confident as ever that Republicans will come out on top again.

“Neil Gorsuch will be confirmed this week,” McConnell said on CNN’s “State of the Union” on Sunday, adding, “how that happens really depends on our Democratic friends. How many of them are willing to oppose cloture on a partisan basis to kill a Supreme Court nominee.”

READ MORE AT OUR SOURCE HERE!