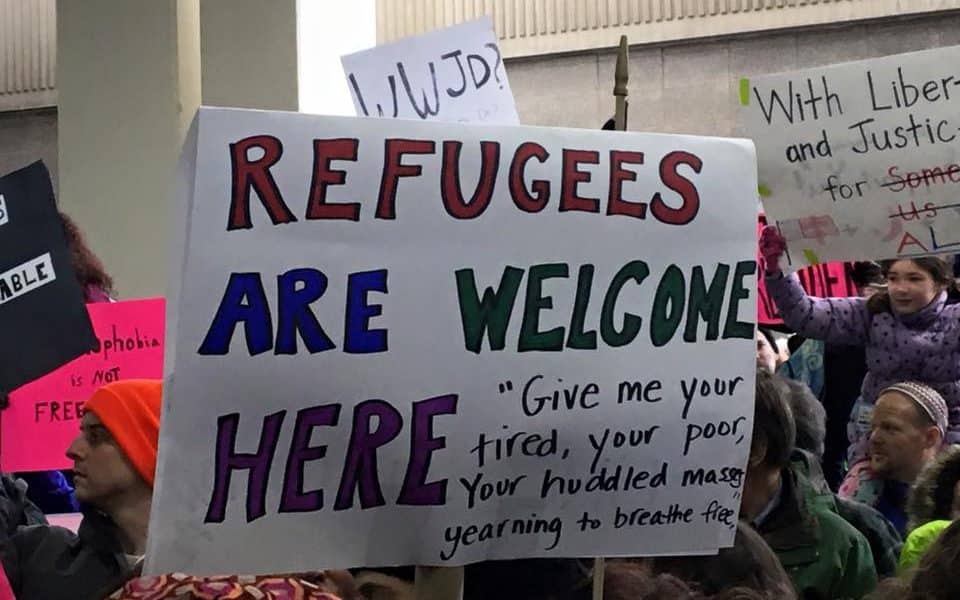 The Muslim BAN For Dummies

The Judge’s Stay Has Limits! It does NOT stop The Muslim Ban!!! 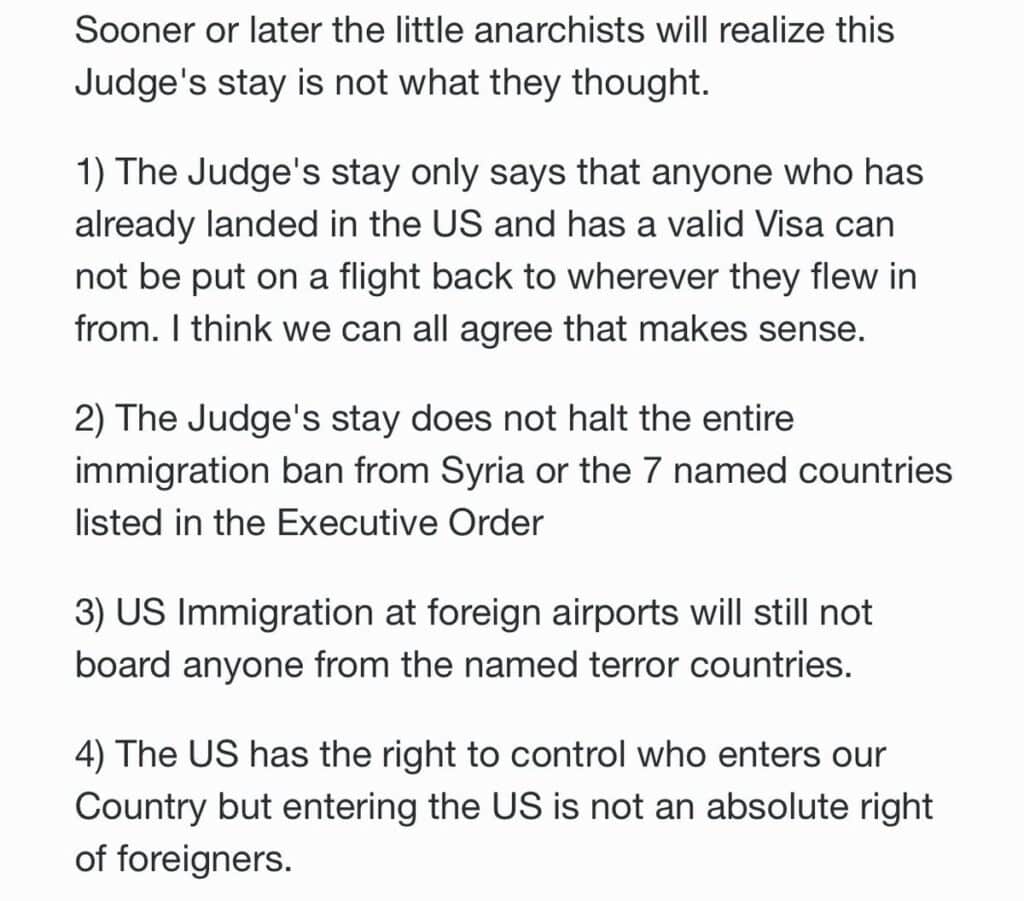 Furthermore, as The Resurgent reports:

(YES! Technically there is NO Muslim Ban)

Much like the media did when they reported that George W. Bush had banned federal funding for embryonic stem cell research, they have now conflated a reasonable compromise measure–in this case, restrictions on travel for people who come from regions of the world largely populated by fanatics who want to kill us–with a blanket violation of civil liberties.  To wit, the Trump administration’s executive order restricting travel to the United States only applies to Iran, Iraq, Libya, Somalia, Sudan, Syria and Yemen, not to all Muslims all across the world.  Anyone who tells you otherwise is lying.  Anyone who tries to confuse you on that point is lying.  And anyone who says that this sort of thing is unprecedented is L-Y-I-N-G.

President Obama did the same thing when he suspended travel for Iraqis back in 2011–a sensible precaution given the security situation there.  (What was unconscionable, though, was when he banned Cuban refugees from entering the U.S just before he skipped out of office, all so he could make nice with Raul Castro.). Jimmy Carter, meanwhile,  suspended travel for Iranians during the hostage crisis–again, a presidential prerogative, justified by events at the time.

All this is not to say that the Trump administration is blameless here.  Much like Steven Spielberg said of his movie 1941 (“It looked good on paper.”), the flaw was in the execution rather than the intent.  A clear lack of guidance from the White House on how the order was to be carried out by the various different federal agencies involved created (as Sir Topham Hatt would say) a lot of confusion and delay.  Green card holders were needlessly detained at airports across the country, subjecting them to inconvenience and humiliation.