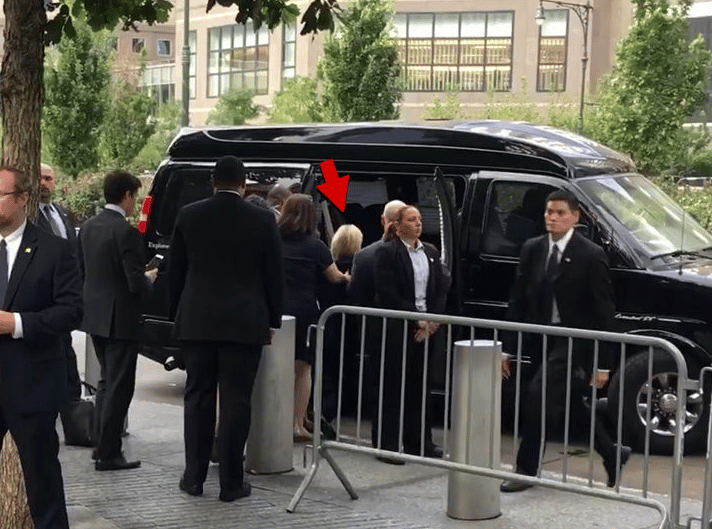 The Democrats’ lies are now beginning to catch up with them, after Democratic National Committee interim Chairwoman Donna Brazile slipped during a recent interview over the weekend, revealing what really went on in the van that day, after Hillary became “overheated” during 77 degree temperatures at the 9/11 ceremony and had to be escorted away.

~ Fury News, “Head Of DNC Slips, Admits What Really Went On In The Van It Took Hillary Away”

“Although she had to be lifted into that van, you know what? She got up, like most of us, she got up and she kept fighting, so that’s the Hillary Clinton that I hope people get to know,” Brazile bragged.
So, after all your lying to attempt and cover up the fact that she did not fall, you’re now telling us that she needed to be lifted into the van. This may seem like a small controversy but if you think about all the lies and coverups The Clinton Foundation has taken part in, it speaks VOLUMES! SHE CAN NOT CONTROL HER OWN BODY! SHE IS A MURDERER! SHE IS A LIAR! SHE IS A DOUCHE THAT DOESN’T GIVE A FLYING SH*T ABOUT DEPLORABLES LIKE YOU.