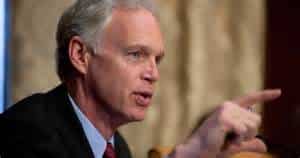 Sen. Ron Johnson tells Newsmax TV he is prepared to sue the “lawless” Obama administration over its decision to grant members of Congress and their staff special treatment under Obamacare.

The Wisconsin Republican said Monday he was “highly concerned” that President Obama delayed the employer mandate by a year, despite having no legal authority to change the law.

“Across the board, in so many instances, this is pretty much a lawless administration, [considering] the unconstitutional recess appointments he made to the National Labor Relations Board and to the Consumer Financial Protection Bureau,” he said.

“This president seems to have no restraint in terms of the Constitution or laws that even he enacts. So I’m highly concerned about that. It’s one of the reasons that I really do intend to pursue a lawsuit to overturn another unlawful ruling that grants members of Congress and their staff special treatment under Obamacare.”