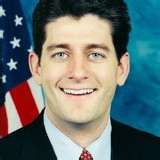 I’ll say it again … it doesn’t matter who becomes president, because the corrupt banking elite have it all planned out. The elections are rigged, primarily by owning the mainstream media and trying to cut off alternative news outlets like ours, infowars, prison planet and more.

This is exactly why Ron Paul is out of the race. Not because he didn’t fit the bill as president. He would have been the best one since John F. Kennedy. They may have wacked him .. anyhoo .. at least we made a statement. It boils down to this …

If you want the elite to stop running the world, YOU have to stand up for your rights. WE the people must stop feeding the rich by eating McDonalds and shopping at Walmart. Its the lazy Americans that are in some way ruling the world with their apathy.

Stand up. Don’t be a jellyfish with no backbone!

Do what you can today to stop this TWO PARTY CRAP! Because is all A Matrix! It doesn’t matter if Mitt Romney wins or Obama wins; of course there are certain issues that may change so I’m not saying don’t vote, but either way they are both working for the elite with the same “ultimate” agenda which is New World Order in which the government oppresses the population, strips them of their rights and turns them into rats.

I’m doing my part by sharing the truth on this media outlet. What are you doing? Share in the comment section! Thanks!