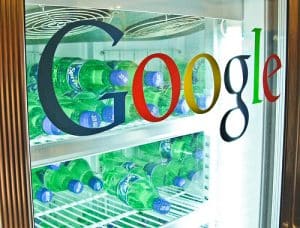 A bit of political controversy has erupted around Google and an Obama ad that recently ran. Long story short: The National Republican Senatorial Committee has suspicions that Google gave the Obama campaign a special deal on a new type of ad (Cost-per-lead), which the company is currently testing. Google denies this notion, and that the ad in question was even a Google ad.

***
continued …
Parrilo is also quoted as saying, “This is an experiment and while we generally do not comment on those experiments we can tell you that we have not sold a single CPL [cost-per-lead] ad unit to any political candidates or committees.”

So, by Google’s account, the ad the NRSC is talking about wasn’t even their ad, and the kind of ad they’re talking about has not been sold to any political candidates. As you might imagine, there are plenty of people chiming in in the comments of Politico’s report. Here are a few:

“Google is all about control and knowing every inch of your life and so is the Obama administration. They make a perfect fit IF that’s what you want your life to be.”

“Notice the key words in their denials. They claim Obama hasn’t paid for the service and Obama claims he hasn’t paid them for a service. It was most likely given to him for free. So technically they’re telling the truth.”

“If this turns out to be true…a deal between Obama and Google, I will immediately eject Google from my computers.”

ETERNAL AFFAIRS MEDIA: “We trust Yahoo over all others because we’ve had direct contact and know their intentions.”

~ Biselliano ~ The truth powered by The Truth