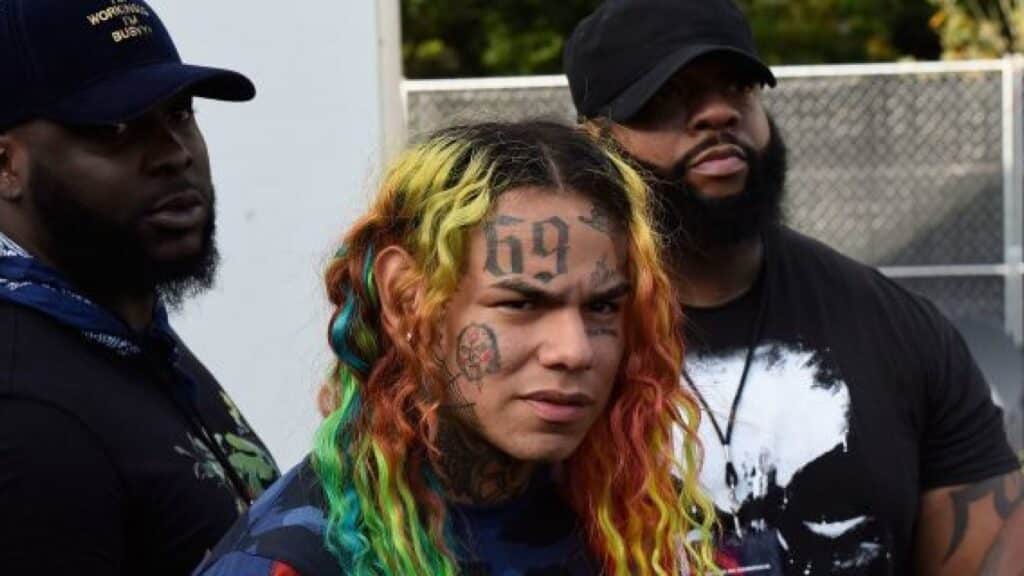 NEW YORK — Six gang members and associates of the violent New York City gang, “Nine Trey Gangsta Bloods”, also known as “Nine Trey,” were charged Monday following an investigation by U.S. Immigration and Customs Enforcement’s (ICE) Homeland Security Investigations (HSI) New York with the New York City Police Department (NYPD) and the New York Field Division of the Bureau of Alcohol, Tobacco, Firearms, and Explosives (ATF). This investigation led to an indictment with multiple charges to include racketeering and firearms offenses.
“Members of Nine Trey, notorious for wielding firearms and pushing highly addictive drugs onto New York City streets, allegedly showed an unprecedented level of violence this year and for that they are now facing multiple charges, including an incident in which an innocent bystander was shot,” said Angel M. Melendez, special agent in charge of HSI New York. “This criminal enterprise has no business in our city, and we will continue to work with our partners to ensure that Nine Trey crew members, including the more well-known ‘Tekashi 6ix 9ine’, are in a place where they cannot inflict further violence on our communities.”

“As alleged in the indictment, this gang, which included platinum-selling rap artist Tekashi 6ix 9ine, wreaked havoc on New York City, engaging in brazen acts of violence. Showing reckless indifference to others’ safety, members of the gang were allegedly involved in robberies and shootings, including a shooting inside the crowded Barclay’s Center, and a shooting in which an innocent bystander was hit. Thanks to the extraordinary work of HSI, ATF, and the NYPD, the defendants will now face justice in federal court,” stated U.S. Attorney for the Southern District of New York, Geoffrey S. Berman.

As alleged in the indictment unsealed in Manhattan federal court, Nine Trey was a criminal enterprise involved in committing numerous acts of violence, including shootings, robberies, and assaults in and around Manhattan and Brooklyn. Members and associates of Nine Trey engaged in violence to retaliate against rival gangs, to promote the standing and reputation of Nine Trey, and to protect the gang’s narcotics business. Members and associates of Nine Trey enriched themselves by committing robberies and selling drugs, such as heroin, fentanyl, furanly fentanyl, MDMA, dibutylone, and marijuana.

This case is being handled by the SDNY’s Violent and Organized Crime Unit. The charges contained in the indictments are merely accusations, and the defendants are presumed innocent unless and until proven guilty.